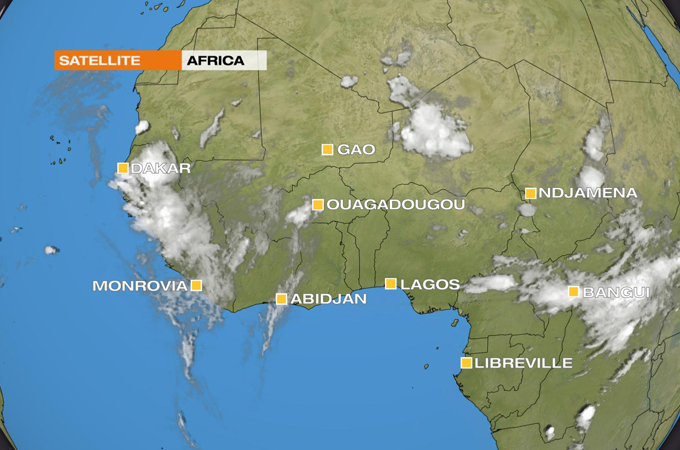 The West African Monsoon reguarly causes flooding as it sweeps across the region between June and October.

The West African Monsoon is in full swing.

Every year these life-giving rains move northwards across western Africa during June and July, and eventually ease away again in September and October.

A large portion of the population relies on subsistence farming, but as the crops are grown close to their limits of tolerance, the region is highly vulnerable even to small changes in rainfall amounts.

If the rains fail, this can have a disastrous effect on the population. However the rains regularly do fail and droughts in West Africa can last for decades.

At the moment the region is in a drought which started back in the 1960s.

Even though the monsoon as a whole may be below average, every year some locations will receive too much rain and this will lead to flooding.

Recently it has been both Nigeria and Senegal which have seen flooding.

One of the bridges which collapsed was the Shandam Bridge, the main link between the state’s capital Jos, and the Shendam District.

It is expected that these transport links will take at least a month to repair.

Senegal’s capital of Dakar has also seen deadly rainstorms in the past few days.

On August 13, nine people, including a baby, died after the wall of a factory collapsed onto residential homes following heavy rains.

Elsewhere, the flooding has been widespread. Some residents are blaming the government for not providing better housing for those who live in flood-prone areas, but others say that the only solution is to move people to different locations, as the area is not fit for housing.

The rains returned to Dakar on August 15. Many houses were inundated again, forcing some residents from their homes.

The rains will continue to fall across West Africa over the next few weeks, but slowly they will retreat towards the south.
While they continue, residents across the region will continue to hope for generous, but not excessive rain.