In a move sure to raise regional tensions, two Japanese cabinet members have visited the Yasukuni shrine to mark the anniversary of the country’s World War II surrender.

They ignored calls to avoid visiting the shrine, which was built to honour Japanese soldiers who lost their lives in armed conflicts.

Jin Matsubara, who handles the issue of Japanese kidnapped by North Korea, and Yuichiro Hata, land minister, made separate visits to the Yasukuni shrine.

The site, built in 1869, includes 14 leading war criminals, including General Hideki Tojo, the Japanese prime minister who ordered the attack on Pearl Harbour and was hanged by a US-led tribunal.

In a statement Matsubara said he had gone to the shrine “in a personal capacity” and had used his visit to “remember ancestors who established the foundations of the prosperity of present-day Japan”.

The visit follows a row with South Korea over disputed islands that lie halfway between the two nations.

The islands, known as Takeshima in Japan, have been under South Korean control since 1954. Yet for the past eight years, Japan has annually submitted a defence white paper in its bid to renew claims over the peninsula.

In a speech on Wednesday to mark South Korea’s Liberation day, Lee called on Japan to face up to its responsibility, particularly in regard to the women who were forced into sex slavery for Japanese soldiers during the war.

“It was a breach of women’s rights committed during wartime as well as a violation of universal human rights and historic justice. We urge the Japanese government to take responsible measures in this regard,” he said.

The row comes at a time when both the Japanese and South Korean heads of state are under immense pressure.

Al Jazeera’s Harry Fawcett, who has been covering events in the region, said the heightened tension was due to political struggles that the two leaders currently find themselves in.

With fresh elections in December looming, Lee is facing a corruption scandal involving his brother.

On the other hand, Japan’s prime minister, Yoshiko Noda, lost more than 50 members of his party just a few weeks ago.

Both leaders are in a weakened position and have historical and political disputes to wade through.

Japan is locked in dispute with China too over islands in an area of the East China Sea believed to be rich in mineral deposits.

Many in China and South Korea feel that Japan has failed to atone for what they call its “expansionist adventurism”.

At a memorial ceremony in Tokyo 6,000 Japanese, led by Emperor Akihito and Empress Michiko as well as Noda, offered silent prayers at noon for the war victims.

“During the war, [Japan] inflicted significant damage and pain on many countries, especially on people in Asian countries,” Noda told the annual ceremony. “We deeply regret that.”

Akihito said: “Recalling history, I profoundly hope that the suffering of war will never be repeated. I sincerely express mourning for those who lost their lives on the battlefields, and wish world peace and our country’s further development.” 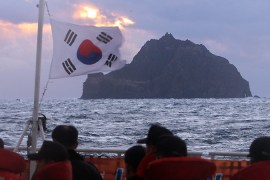 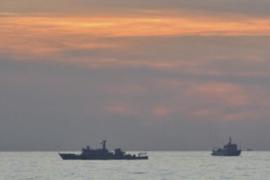