The US has denounced Hezbollah, the Lebanese political group, for backing Syria’s President Bashar al-Assad, and added it to a list of organisations under sanctions for their ties to the Syrian government.

The US already classes Hezbollah a “terrorist organisation” and it is under US sanctions, but Friday’s move explicitly ties the group to the violence under way in Syria, where Assad is attempting to put down a revolt.

“This action highlights Hezbollah’s activities within Syria and its integral role in the continued violence the Assad regime is inflicting on the Syrian population,” the US treasury department said in a statement on Friday.

Hezbollah was added to a US blacklist associated with an executive order signed by President Barack Obama in August last year which targeted the government of neighbouring Syria and its supporters.

Those sanctions were designed increase pressure on Syria as the US called for the first time for Assad to step down over his military assault on rebelling Syrians opposed to his rule.

The US also imposed sanctions on Syria’s state-run oil company Sytrol for having provided petrol to Iran, the US state department said.

“Though these sanctions are a direct result of Syria’s provision of gasoline to Iran, the United States views Iran’s
broader support for the Assad regime as completely unjustifiable,” Patrick Ventrell, state department spokesman, said in a written statement.

His arrest on Thursday was connected to a seizure of explosives that were to have been used mostly in northern Lebanon, a region of tensions linked to the conflict in Syria, a senior official told AFP news agency on condition of anonymity.

“The accusations against Samaha are related to explosives, which were going to be placed in several parts of the country, especially the north,” he said.

The official declined to elaborate on the alleged link between Samaha and the explosives, but said the material was not seized from Samaha’s home where the arrest was carried out.

No official word has come out regarding the reasons for Samaha’s arrest or his alleged confession that was reported by a Lebanese TV station.

Samaha was detained on the order of Lebanon’s attorney general at his residence in Khenshara, 30km north of Beirut, a senior official told AFP.

Najib Mikati, Lebanon’s prime minister, said there was no link between the arrest and the Special Tribunal for Lebanon, set up to investigate the 2005 murder of Rafiq Hariri, a former prime minister.

Samaha was information minister under Hariri.

Al Jazeera’s Rula Amin, reporting from Beirut, said “people from Hezbollah are warning that the accusations have been fabricated”.

“Samaha is a close ally and adviser for President Assad. Most people in Lebanon who want to get through to Assad go through Michel Samaha,” she said.

“For the security services to dare to go to his house in the middle of the night … shows that the people here who oppose President Assad feel very empowered.” 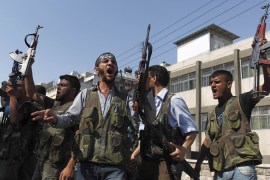 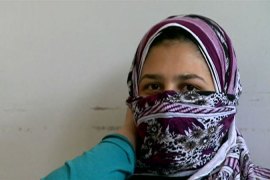 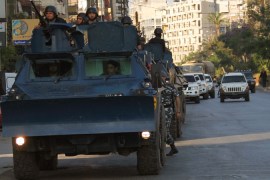 Is Syria’s conflict being fought in Lebanon?

After gun battles left 15 dead in the Lebanese city of Tripoli, we ask if Syria’s conflict has seeped across the border. 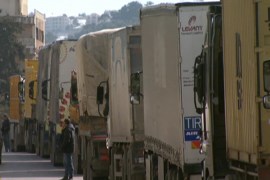