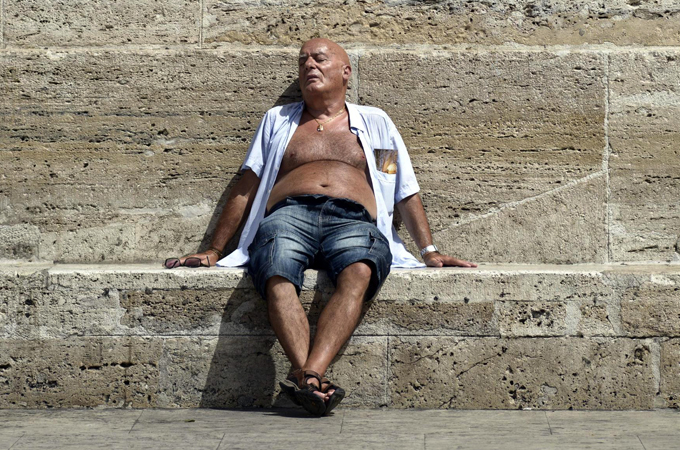 Temperatures across much of Europe have been soaring over 10C higher than the average, and still the heatwave continues. [EPA]

Whilst the northwestern parts of Europe continue to wonder if summer will ever arrive, eastern parts are slowly roasting.

Temperatures across much of the eastern half of Europe have been extremely high for several days and the heatwave shows no sign of ending any time soon.

In Italy, this heat follows on from a very hot June, which was the second warmest month in history. Overall the temperatures in June were 3C above average.

Currently, the most extreme weather, the greatest deviation from the average, has been in a swathe from northern Italy right up into Ukraine.

Temperatures are over 10C above the average in many parts of the continent. 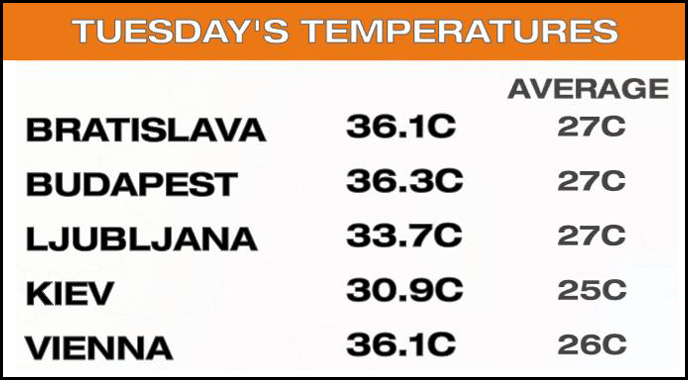 A selection of the maximum temperature which were reported on Tuesday. [Al Jazeera]

Across many countries heat warnings remain in force, as temperatures show no sign of easing.

Although no all-time temperature records are thought to have been broken during the current heatwave, many daily records have tumbled.

Temperatures are expected to stay over 30C for much of eastern Europe over the next few days, and the public are being warned that the ultraviolet radiation is very strong, so it will not take long for skin to burn.

Many thunderstorms have also been generated by the heat, which have not only brought heavy rain, but also damaging winds and large hail.

Another country suffering from extreme heat is Spain. Although the country regularly experiences hot weather and wildfires in summer, this year the wildfires have been causing problems across Valencia. 2,000 people have been forced to leave their homes, and one pilot died when his plane crashed battling the flames.
Clearly the summer has got off to a scorching start, and there’s a long way to go yet. The vast majority of Europe is hoping for a change in the weather.