Al Mahmoudi Al Baghdadi, Libya’s imprisoned former prime minister, has pleaded his innocence before a group of journalists in the capital Tripoli.

Al Baghdadi, who served under former Libyan leader Muammar Gaddafi, is being held in a prison cell at a military complex in the south of the capital after he was extradited from Tunisia in June.

He was both defiant and defensive, insisting he was just a law-abiding citizen during his tenure as prime minister from 2006 until 2011, not a military man.

When asked about the raping and killing that took place during the Libyan uprising, and about hiring mercenaries to quash the revolt, Al Baghdadi said: “I’m not a military man, I had no militia to do those things you describe.

“I was a civilian, doing my civilian duties under the laws at that time. That’s what I will show to the court.

“At the moment, there is prejudice but these allegations are far removed from the truth. History will prove to the Libyan people how this kind of thing happened, if it happened.”

Al Baghdadi said the bloodshed during the revolution was not all due to Gaddafi, but due also to “foreign intervention” in Libyan affairs.

He claimed that some of the things he has been blamed for have just been invented to make him look bad.

Al Baghdadi said he trusted the fairness of the Libyan judicial system and that he will detail his defence in due course, once he has properly consulted a lawyer.

Al Baghdadi was arrested in Tunisia in September for illegally crossing the border as he tried to flee to Algeria, where members of Gaddafi’s family had sought refuge.

Libya’s interim government had been clamouring for the repatriation of Al Baghdadi to answer for crimes it says he committed during Gaddafi’s regime.

But officials from the former government have not fared well in the hands of the former Libyan rebels, with Gaddafi and one of his sons being executed upon capture last year.

In January, Tunisian and international human rights groups, including Amnesty International and Human Rights Watch, signed a statement opposing Al Mahmoudi’s extradition, saying he risked death or torture if he was returned to Libya.

Rumours swept social media sites over the weekend saying that Al Baghdadi had died in custody.

But Al Baghdadi, dressed in his trademark robe and carrying a walking cane, said he had been treated “very well” since his arrival in Tripoli, adding that the conditions under which he was being held were better than in Tunisia.

Al Baghdadi’s appearance before the press comes just four days ahead of Libya’s national elections, the first vote for the country in more than four decades.

Libya has seen a sharp increase in violent incidents in the run-up to the July 7 polling day, with Gaddafi loyalists threatening to disrupt the polls.

Asked whether Al Baghdadi had a message for the Gaddafi supporters he said: “I insist that we forget the past. The old regime is finished.

“It’s finished. There is no Gaddafi’s regime any more. The whole of Libya has spoken. Libyans have no choice now but to be united.” 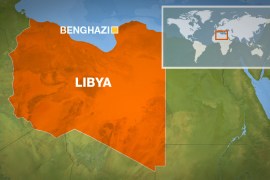 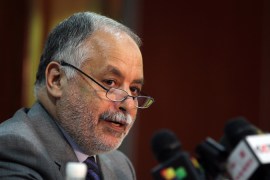 Decision to send back Al Baghdadi Ali al-Mahmoudi leads to row between Tunisian PM and president. 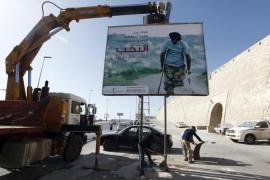