The besieged opposition stronghold of Barzeh was under heavy assault on Sunday, according to activists.

“This is the first time Damascus has witnessed such fierce shelling,” Thabet Salem, a journalist in Damascus, told Al Jazeera. “There are very huge explosions.”

Activists said snipers and troops backed by tanks had been deployed in the area, which has been the scene of heavy clashes in recent days.

The Local Co-ordination Committees, an activist network, said “many individuals were injured” due to rocket and helicopter shelling of the Grand Mosque in Barzeh which set the mosque on fire.

Government forces reportedly also deployed in the outskirts of the Mezzeh district. Residents said rebels withdrew from the district after heavy aerial and ground bombardment.

Activists reported that regime troops executed at least 20 unarmed men in Mezzeh on Sunday who they suspected of aiding rebels in the area.

The bodies of 20 men, aged approximately 20 to 30, were collected from the neighbourhoods of al-Ikhlas, al-Zayat, al-Farouk, Hawakir al-Sabbarah and al-Basatin, several activists said by phone from Mezzeh.

An activist told the AFP news agency that government troops launched an assault on the Salaheddin district at dawn in a bid to reclaim it from rebel hands.

“Violent clashes have been taking place since the early morning,” the activist said.

The latest reports of violence came as Arab nations have called on Syrian President Bashar al-Assad to swiftly give up power in order to end his country’s unrest, Qatar’s prime minister said.

“There is agreement on the need for the rapid resignation of President Bashar al-Assad,” Sheikh Hamad bin Jassim Al-Thani told journalists following a ministerial meeting of the Arab League in Doha on Monday.

Rebels have stepped up operations in Damascus in the last week and have also launched a series of attacks on border crossings with neighbouring countries.

They captured the Bab al-Salam crossing with Turkey on Sunday morning, in addition to the Bab al-Hawa post seized earlier in the week.

Iraqi officials said, however, that Syrian forces had regained control of one of two border crossings seized by rebels on the frontier with Iraq.

Fighters had briefly taken control of the Rabia outpost on Saturday evening, after seizing the Albu Kamal crossing further south on Thursday evening.

Rami Khoury, a journalist and Middle East analyst in Beirut, said rebel forces have become more co-ordinated and better equipped in the last two months and predicted that their recent gains mark “the beginning of the end” for the regime.

“Clearly this is a regime that is being cornered and encircled,” he told Al Jazeera. “While the regime has a lot of power which it uses to pound the rebels and attack them, politically, the regime is being confined to smaller and smaller areas.”

Meanwhile, the Syrian Observatory for Human Rights said more than 19,000 people have been killed in violence in Syria since the uprising began.

“At least 19,106 people, most of them civilians, have been killed since March last year,” the Observatory’s Rami Abdel Rahman told the AFP.

They included 13,296 civilians, 4,861 government troops and 949 defectors, he said, noting that the civilian toll included people who had taken up arms against the government.

“The toll does not include the thousands of people missing in detention,” he said. “Nor does it include thousands of soldiers whose deaths the regime has concealed, in a bid to keep the army’s morale high.”

It is impossible to independently verify death toll accounts from Syria.

The Observatory said 164 people were killed in violence across Syria on Saturday, including 86 civilians, 49 soldiers and 29 rebels.

In Damascus, those killed included a senior army general and weapons expert, assassinated by “unidentified gunmen” alongside his wife and two children in the historic district of Bab Touma, according to the group.

The capital and its suburbs have been engulfed by intense fighting for a week, with government troops recapturing the Midan neighbourhood from rebels on Friday.

“In Damascus, people continue to search desperately for safety,” the International Committee of the Red Cross (ICRC) said in a statement in Geneva on Sunday.

“Humanitarian needs are growing as the situation in the city worsens and as large numbers of people flee their neighbourhoods in search of safe haven. The ICRC and the Syrian Arab Red Crescent have intensified their response to the situation.”

Most shops in Damascus were closed and there was only light traffic. Many petrol stations were closed, having run out of fuel, and those that were open had huge lines of cars waiting to fill up. Residents also reported long queues at bakeries. 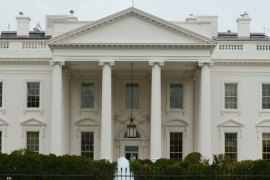 US concern over Syria’s ‘chemical arms’

Officials worry that chemical weapons Syria allegedly possesses could fall in the hands of forces hostile to the West. 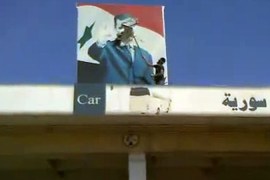 Fighters take control of number of border points with Iraq and Turkey, while clashes continue around Damascus. 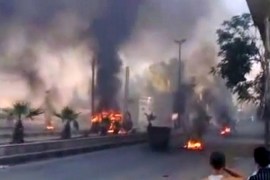 Syria: Beyond the UN veto

The inability to reach international consensus may lead Western nations to form their own ‘coalition of the willing’.