A gas pipeline in Egypt’s Sinai used to export fuel to Israel and Jordan has been blown up.

It is the 15th such attack since the start of the uprising in early 2011 that toppled President Hosni Mubarak.

The blast occurred in the early hours of Sunday at al-Tuwail, east of the town of El-Arish, at a point before the pipeline splits into separate branches to Israel and Jordan.

Gunmen in a small truck drove up to the pipeline, dug a hole and placed explosive charges under the pipeline that they
detonated from a distance, a security official and witnesses said.

A large boom echoed across the area and residents up to 30km away said they could see flames of burning gas lighting the sky.

Bedouin fighters are believed to be behind the spate of pipeline attacks which have occurred since last year’s revolution.

Egypt has been gripped by security problems since the revolt, and the Sinai peninsula is particularly sensitive because of tensions with its heavily armed Bedouin community.

Cairo froze supplies to Israel earlier this year to negotiate a new price.

Several Mubarak-era ministers and businessmen have been tried and imprisoned for selling the gas to Israel at below market rates. 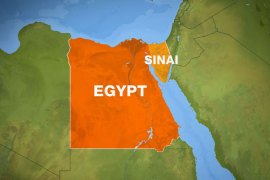 Police give up accused drug dealer after gunmen release two men who had been travelling between resort towns. 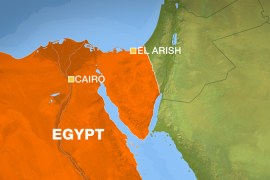 Fighters kill two policemen as the region falls further into a security vacuum. 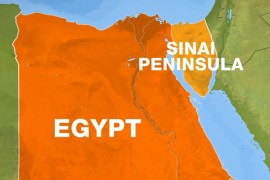 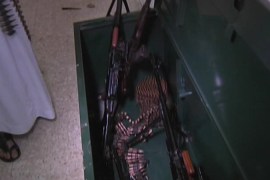 Security in Egypt’s Sinai a cause for concern

Kidnappings, killings and robberies have become commonplace in the lawless desert region.