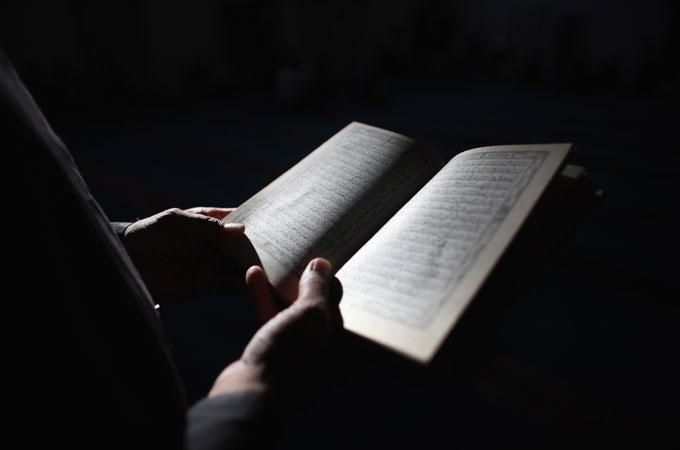 A man reads the Quran before Iftar [Getty Images]

The Muslim holy month of Ramadan began on July 20. Ramadan marks the time when God revealed the first verses of the Quran to the Prophet Muhammad.

In celebration, during Ramadan, Muslims traditionally fast between sunrise and sunset, neither eating nor drinking.

Such abstinence is a challenge at the best of times, but this year’s Ramadan will be particularly arduous because it is the first time in more than 30 years that it has begun during midsummer.

Ramadan is the ninth month of the Islamic calendar, which is based on the lunar cycle. Consequently, the period of Ramadan occurs around 11 days earlier in each Gregorian or Western calendar year.

The last time Ramadan fell this early in the summer was in 1980. So with summer temperatures at their peak across much of the Middle East and Levant, where large concentrations of the world’s Muslims occur, remaining hydrated will prove a real challenge. (It will be 2020 before Ramadan falls wholly outside the summer months.)

The problem is compounded by the fact that daylight at this time of the year lasts for more than 13 hours in these regions. Here in Doha, Ramadan began on Friday at sunrise at 0455 local time and can only be broken, with the meal known as Iftar, at 1825.

Ramadan is likely to start on the hottest day of the summer so far across much of the region with temperatures predicted to reach almost 50C in Kuwait City and Baghdad.

Whilst most Muslims are likely to strictly adhere to the fasting restrictions, most religious leaders accept the exemption of some groups, such as children, the elderly, the chronically ill, pregnant women etc.

Governments in many Muslim countries try to ameliorate the hardship caused by fasting during the holy month. In Morocco, daylight saving time is suspended during Ramadan so followers can break the fast an hour early. Pakistan attempts to reduce daily electricity blackouts, which can last up to 22 hours. Here in Qatar, working hours are reduced by two hours per day for Muslims and non-Muslims alike.

In other parts of the world which have significant Muslim communities, the weather may not be as severe but the fasting period is even longer. France has the largest Muslim population in Western Europe. In Paris, fasting will be for a marathon fifteen hours and 35 minutes on the first day of Ramadan. By the last day, the fasting period will only have been reduced by less than half an hour.

Despite the potential hardship caused by a long, hot summer Ramadan, it is a period of the year which is highly anticipated by the Muslim world.