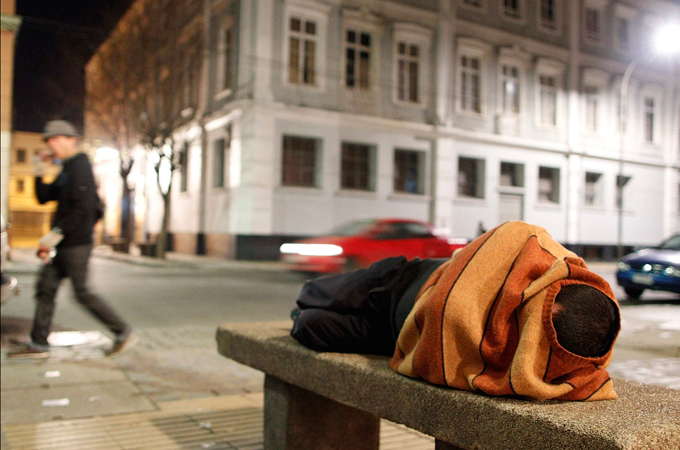 A homeless man sleeps on a cement bench in downtown Valparaiso, 125km to the northwest of the Chilean capital, Santiago [Reuters]

Over southern South America this weekend, the weather turned deadly.

An unusually cold system in the upper atmosphere moved across Chile, Argentina and then Uruguay.

In Santiago, the cold pool of air dropped the overnight temperatures to or below freezing for seven nights in a row. At least 15 people in and around Santiago died from exposure to hypothermia while sleeping out in the cold.

The Chilean authorities opened up the capital’s sports stadiums to the homeless and converted them to temporary shelters. Out of an estimated 6,000 homeless in Santiago, only an estimated 200 took advantage of them.

On Monday, the cold air spread eastward to Buenos Aires and Montevideo where temperatures hovered close to freezing. This is about 7 C lower than average, but with the system losing intensity, no deaths were reported.

Temperatures are expected to moderate today across most of region, and by this coming weekend, the region should see daytime temperatures into the high teens.

Deaths related to winter cold have also been seen in previous years. In 2010, 150 people died from exposure, while in 2011 there were 50 casualties.