The Democratic Republic of Congo, Rwanda and neighbouring states have called for the creation of an international military force to eliminate armed rebels in the DRC’s volatile east.

A document signed in Ethiopia on Thursday by the foreign ministers of nearly a dozen states of the Great Lakes region, including the DRC and Rwanda, proposed an internationally-backed military response to an offensive by rebels in DRC’s North Kivu province.

The document was signed on the sidelines of an African Union summit in Addis Ababa, Ethiopia’s capital.

Relations between DRC and Rwanda have been strained amid accusations by the DRC that its neighbour is backing M23 rebels who are currently fighting in Congo’s South and North Kivu provinces.

The document condemned the recent M23 advances and a rebellion by predominantly Hutu fighters of the FDLR insurgent group, most of them refugees who are accused of orchestrating the 1994 Rwandan genocide. The FDLR is operating in South and North Kivu provinces.

It was not immediately clear in the text, to be presented to African heads of state at the Addis summit, where the troops would come from to establish the “neutral international force” that would take on the Congolese rebel groups.

The United Nations has a large peacekeeping mission in the Congo but has often been hard pressed to halt fighting. An Indian peacekeeper was killed last week during clashes.

On Thursday, UN and Congolese army helicopters used rockets and machinegun fire to pound rebel positions in the villages of Rumangabo and Bukima, UN officials and witnesses said.

Eastern Congo’s enduring conflict, which has killed, maimed and displaced several million civilians over nearly two decades, has its roots in Tutsi-Hutu ethnic and political enmities dating back to the 1994 genocide. 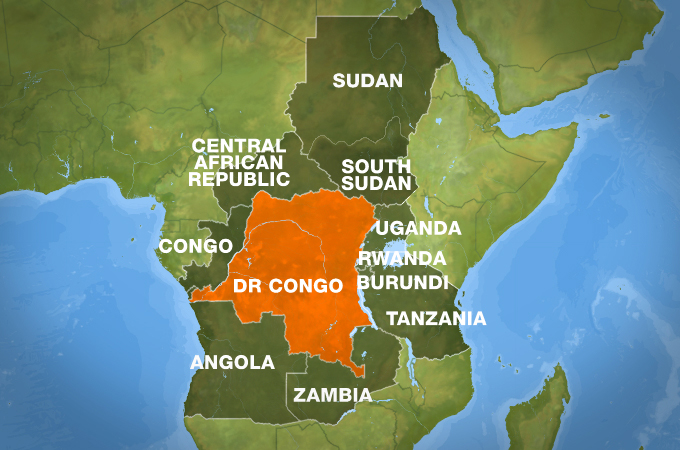 The DRC’s government, whose army has retreated in disarray before the advancing M23 rebels over the last week, continues to accuse neighbour Rwanda of fomenting and supporting the rebellion, which began as a mutiny by former rebels in the government army.

M23, who take their name from the March 23 2009 agreement which they signed with the DRC government, paving the way for their integration in the national army, previously belonged to the Congress for the National Defence of the People, or CNDP.

After the agreement, one of the NCDP commanders, Bosco Ntaganda, was elevated to the rank of general in the Congolese army while another commander, Laurent Nkunda, sought refuge in Rwanda.

Congolese authorities say the latest rebellion started when they set out to arrest Ntaganda, who is wanted by the International Criminal Court (ICC) for war crimes and crimes against humanity in eastern DRC.

Although Rwanda denies backing the M23, UN investigators have produced evidence to back the allegations that senior Rwandan military officials provided support for the rebels.

In the document signed on Thursday, the states grouped in the International Conference of the Great Lakes Region proposed working with the AU and the United Nations to create “a neutral international force to eradicate M23, FDLR and all other negative forces in eastern Democratic Republic of Congo”.

The document said “no support should be given to any negative forces”.

Both the Congolese and Rwandan foreign ministers welcomed the agreement as a step towards ending the latest fighting in North Kivu, which since April has displaced more than 100,000 civilians, according to UN officials.

“I think it is positive. The most important thing is putting it into effect,” Congolese Foreign Minister Raymond Tshibanda N’tungamulongo told the Reuters news agency.

Louise Mushikiwabo, the Rwandan foreign minister, said it was positive to see the region getting involved to halt the eastern Congo conflict. “It is a good agreement, it is not a solution, it is part of a solution,” she told Reuters.