The eurozone greenlighted the “holding of a teleconference of the Eurogroup on Saturday at 4:00pm (1400 GMT) to agree a declaration on Spain’s intention to request aid and the Eurogroup’s commitment to granting it,” a European government source said.

The move came as the International Monetary Fund released a report on Friday which estimated that Spanish banks need at least a 40bn euro (about $50bn) capital injection following a stress test it performed on the country’s financial sector.

“During the course of the afternoon in Brussels there has been a conference call taking place between the 17 finance ministers of the Eurogroup, including of course the Spanish finance minister, talking about the nuts and bolts of what a bailout might look like, what terms might be attached to it, and how big it might be,” Al Jazeera’s Jonah Hull reported from Madrid on Saturday.

“And some leaks coming out of that meeting – unconfirmed – suggest they are talking about something in the region of as much as $125bn,” he said.

Spain has not yet asked for assistance, our correspondent said.

“All that Madrid has to do is ask for that bailout … But Madrid has been so reluctant up to now to admit that it needs that kind of external assistance and to ask for a bailout because of the political and economic stigma attached to a bailout,” Hull said.

The IMF said on Friday that Spain’s financial sector is well managed but vulnerable. Its report said most large banks in Spain are resilient but are being undermined by the vulnerabilities of weaker banks.

“It is becoming increasingly clear that the government here doesn’t really have a choice; that IMF bill is in for the banks, according to its audit around $50bn, and other institutions put the figure much higher than that. The Madrid government simply doesn’t have that kind of money and this banking crisis has to be solved,” our correspondent said.

Soraya Saenz de Santamaria, Spain’s deputy prime minister, earlier said that the government had not yet made a decision on whether to seek a bailout for its banks, saying that it was awaiting a preliminary estimate of how much extra capital the banks would need before taking a decision.

He added that an agreement needed to be reached before a Greek election on June 17 which could cause market panic.

The European Commission’s spokesman on economic affairs said Spain had made no request for aid and he would not confirm that talks were planned. But he added that if Spain did make a request, the eurozone was ready to help.

“If such a request were to be made, the instruments are there, ready to be used, in agreement with the guidelines agreed in the past,” Amadeu Altafaj said. “We are not at that point.”

Speaking in Berlin, Angela Merkel, the German chancellor, said she was not pressing any country to take a bailout, saying it was up to Spain to decide what it wanted to do.

“It’s down to the individual countries to turn to us,” she said. “That has not happened so far, and therefore [we] will not exert any pressure.”

Spain is expected to request aid from the eurozone’s 440-bn-euro bailout mechanism, known as the European Financial Stability Facility. The amount will depend on the results of audits conducted by the IMF and two independent assessors.

The IMF estimated that Spain needs at least $50bn to stay afloat, and a separate independent audit of the banking sector, commissioned from consultants Oliver Wyman and Roland Berger, which the government has flagged as crucial, is due on June 21.

Fitch said the cost to the Spanish state of recapitalising banks stricken by the bursting of a real estate bubble, recession and mass unemployment could be between 60-100bn euros ($75-$125bn) – or six to nine per cent of Spain’s gross domestic product. The higher figure would be in a stress scenario equivalent to Ireland’s bank crash. 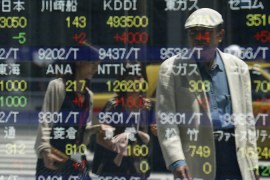 Credit agency says Spain remains vulnerable to contagion from the ongoing crisis in Greece as well. 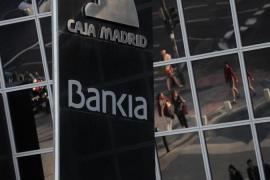 Spain to decide fate of banks in two weeks

Finance minister says plan on how to find $100bn needed for bank recapitalisation will come in “approximately 15 days”. 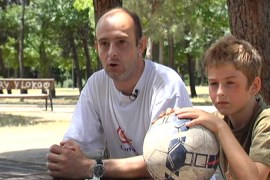 With one in four without work, unemployment offices are feeling the strain and hope is in short supply.