The Republican governor in the US presidential battleground state of Wisconsin has survived a recall election by defeating his Democratic challenger Tom Barrett.

Scott Walker becomes the first governor in the country’s history to stay in office after a recall challenge.

Tuesday’s election was seen as a window on voter sentiment ahead of November’s presidential contest.

Walker prompted mass protests, and the rare special election, after pushing through legislation to radically curb the power of public sector unions despite weeks of mass protests last year.

Just two other governors have faced a recall so far in US history, and both were removed by angry voters.

“Wisconsin Democrats now head into November dispirited and in disarray, while Republicans remain strong and organised, with momentum on our side.”

Barrett, a former member of the US congress, was Walker’s opponent in the 2010 governor’s race.

Unlike most governors’ races, the outcome in Wisconsin – located in the US Midwest region, an electoral battleground roughly evenly divided between Democrats and Republicans – will be felt far beyond state borders.

Both Republicans and Democrats know this, with each party having invested heavily in the vote.

Walker alone has raised more than $30m, more than even some presidential contenders.

Speaking to Al Jazeera ahead of the result, Julie Wells, a forklift-driving grandmother who signed the recall measure, said: “Wisconsin was a kind of a test case for America.

“We can do this. As a people we can stand up and fight back.”

The effort to unseat Walker, who is just 17 months into a four-year term, was rooted in the state’s labour union movement and the Democratic rank and file.

Both groups are angry over his budget-cutting policies and moves to make unions for teachers and other public employees give up nearly all their collective bargaining rights.

That stance had unions across the US watching Tuesday’s vote closely. 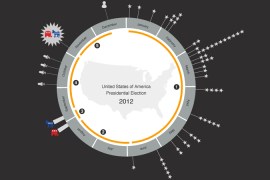 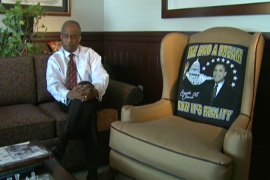 Swing state won by incumbent in 2008 now appears split as this year’s race heats up. 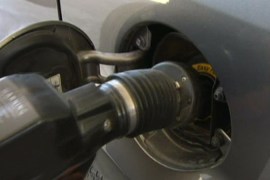 Fuel blame game ahead of US election

As some in America point to Obama for rising petrol prices, president says market speculation is the cause. 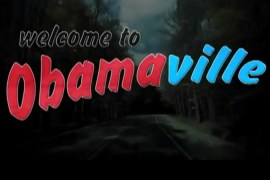 Politics of fear in US election race ads

Candidates intensify their campaign with the use of scary ads.