Newly elected Serbian President Tomislav Nikolic has caused controversy by saying that the 1995 killing of 8,000 Muslims in Srebrenica constituted “grave war crimes”, but not a genocide.

“There was no genocide in Srebrenica,” Nikolic said in an interview with Montenegrin state television published on its website on Friday

“In Srebrenica, grave war crimes were committed by some Serbs, who should be found, prosecuted and punished,” he added in the interview taped earlier this week.

“It is very difficult to indict someone and prove before a court that an event qualifies as genocide.”

Bosnia and Herzegovina immediately responded to the comments, with one of its presidents saying that the statement would cause “new tension” in the region.

“Denying the Srebrenica genocide … is not a step on the road to co-operation and restoring confidence but exactly the opposite – it is a source of new misunderstandings and tension” in the region, said Bakir Izetbegovic, the Muslim member and current chairman of Bosnia’s tripartite presidency.

About 8,000 Muslim men and boys were killed in a matter of days after Bosnian Serb troops, under the command of General Ratko Mladic, assaulted the UN-protected enclave of Srebrenica in Bosnia in July 1995.

Mladic and Radovan Karadzic, the Bosnian Serbs’ wartime political leader, are on trial in The Hague accused, among other things, of genocide for the killings.

“[The statement] casts serious doubts over [Nikolic’s] pro-European stance and his commitment to good relations in the region,” said Izetbegovic.

Nikolic, who was an ultra-nationalist leader during the 1990s breakup of Yugoslavia, beat incumbent Boris Tadic in a runoff presidential vote on May 20.

After breaking with the anti-Western, ultra-nationalist Radical Party in 2008, Nikolic strove to present himself as a moderate populist nationalist and embraced Serbia’s moves towards European Union membership.

Serbia became a member candidate for the 27-nation bloc in March, and Brussels has made it clear that Serbia must improve relations with its neighbours in order to be considered for eventual membership.

Belgrade has been slowly trying to rebuild ties with its former foes in Bosnia, Croatia and Kosovo, historically a province of Serbia still recognised by many Serbs as part of its territory, but the reconciliation process has been slow.

In 2010, the Serbian parliament passed a declaration that condemned the Srebrenica massacre and apologised to the victims. As leader of of the opposition SNS party, Nikolic had not supported the move.

Hatidza Mehmedovic, who belongs to the victims’ organisation Mothers of Srebrenica and lost her husband and two sons in the massacre, said Nikolic’s comments were “worrying” but honest.

“It’s even honest what Nikolic is saying … the majority of people there [in Serbia] think the same thing,” she told the AFP news agency.

Al Jazeera’s Aljosa Milenkovic, reporting from Belgrade, said that Nikolic has already made several divisive statements since being elected

“This is just one of maybe at least three PR hiccups as the newly elected president,” said Milenkovic.

“Just a few days ago he stated in Moscow that he will push for recognition of independence of Abkhazia and South Ossetia here in the Serbian parliament and that really sparked mixed reactions from Georgia. It was a surprise for Georgia.

“And a week ago, in an interview with German media, he allegedly said that the Croatian town of Vukovar was actually a Serbian town.

“And knowing the history of very fearsome fighting around the town during the break up of Yugoslavia during the early 1990s, Croats reacted really, really angrily, and as a result of that, the Croatian president will probably be absent from the inauguration of the Serbian president.” 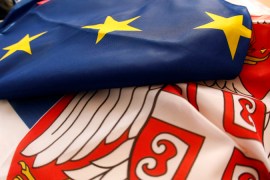 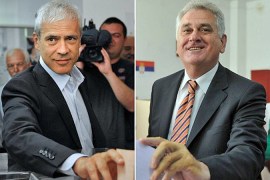 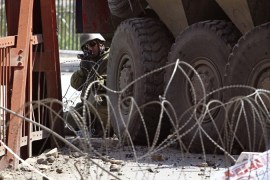