The Muslim Brotherhood’s Mohamed Morsi has officially won Egypt’s presidential election and will be the country’s next president, the electoral commission has announced.

Morsi picked up 13.2 million votes out of just over 26 million, giving him about 51 per cent of the vote. His competitor, Ahmed Shafik, the final prime minister under Hosni Mubarak, received 12.3 million. More than 800,000 ballots were invalidated.

Mohamed Hussein Tantawi, Egypt’s military ruler, congratulated Morsi on his victory, state television reported. Reactions also trickled in from around the region: The governments of Turkey, the United Arab Emirates, and the Palestinian Authority congratulated the winner.

Binyamin Netanyahu, the Israeli prime minister, said in a statement that he “respects the outcome” of the election, and “expects to continue cooperation with the Egyptian administration”. Morsi made an oblique reference to Israel in his victory speech, when he promised to “keep all international treaties,” a vow which would include the 1979 Camp David Accords between Israel and Egypt.

The White House also congratulated Morsi, and urged him to “advance national unity by reaching out to all parties and constituencies.”

Bishop Pachomius, the caretaker pope of Egypt’s Coptic Church, issued a short statement congratulating Morsi. The Coptic community makes up about 10 per cent of Egypt’s population, and some were worried by Morsi’s candidacy, fearing that his government would restrict their personal freedoms.

The president-elect is expected to take his oath of office later this month in front of the country’s supreme court – though a spokesman said on Facebook that Morsi would take the oath in front of parliament, the “only elected institution” in the country.

The Muslim Brotherhood said in a statement that Morsi had resigned his positions in both the Brotherhood and its Freedom and Justice Party, fulfilling a campaign pledge.

There was no immediate reaction from Shafik’s campaign.

Morsi’s victory caps off more than a week of behind-the-scenes negotiations between the Brotherhood and the ruling Supreme Council of the Armed Forces (SCAF). He claimed victory just hours after last week’s runoff election, based on unofficial numbers tallied by the Brotherhood, but the commission delayed its official announcement until Sunday.

Morsi retains the right to appoint the prime minister and cabinet. He has already begun talks o form a presidential team and cabinet that “would truly represent Egypt after the revolution,” according to a statement on the Brotherhoods Twitter account.

Saad el-Katatni, the speaker of the now-dissolved parliament, also met with officials from SCAF, and told them that the Brotherhood would not accept the court ruling or the election-night decree. But it is unclear whether the Brotherhood ultimately accepted those decisions in exchange for the presidency.

Either way, the military council – which has promised to hand over power to a civilian government on June 30, in a “grand ceremony” – will remain a powerful force in Egyptian politics, despite the election of a civilian president. 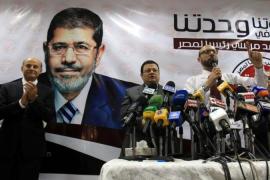 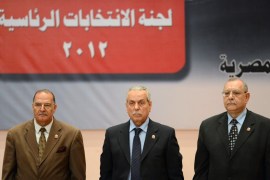 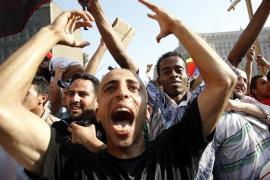