A leader of the Palestinian group Hamas says the group has agreed to try a new ceasefire with Israel, after six days of bloodshed in and around the Gaza Strip.

“Our Egyptian brothers have asked us to completely stop firing at Israel: we told the Egyptians that we agree to exchange quiet for quiet with Israel,” Ayman Taha, the leader, said.

An official close to Hamas said on Saturday that the truce would take effect from midnight (21:00 GMT).

Earlier, Palestinian officials said the latest attacks brought the number of people killed so far in Israeli attacks on Saturday to three, and to 15 since this round of violence erupted on Monday.

Palestinian medics said the dead included a little child and that at least 24 others had been wounded.

One attack by an Israeli drone killed a Palestinian man, Khaled al-Burai, 25, east of Jabaliya, in the north of Gaza, a medical source said.

Palestinian medics said he was riding a motorcycle in Gaza City’s al-Nasser neighbourhood when he was hit.

Earlier in the day Hamas had threatened to end a three-day-old Egyptian-brokered truce following a series of deadly Israeli air raids.

A statement on Saturday from the Ezzedine al-Qassam Brigades said, “the air raids by the Zionist enemy are new crimes. We will not stay silent in the face of the crimes”.

A medic said Ali al-Shawaf, aged six, was killed, and his father and another man wounded east of the city of Khan Younis, but the Israeli military denied it was responsible.

“According to the findings of a preliminary investigation, what happened in Khan Younis had nothing to do with any operation by the Israeli military,” an Israeli military spokeswoman said.

Witnesses said Israeli aircraft carried out at least four other raids elsewhere in Gaza on Saturday.

One targeted people believed by Israel to be fighters who were travelling in a car in the Zeitoun neighbourhood east of Gaza City after they had fired rockets into Israel, witnesses said.

Raids also struck the Beit Lahiya area in the north and the Nusseirat and Al-Bureij refugee camps in the centre of the Gaza Strip, without causing any casualties, witnesses said on Saturday.

Overnight raids targeted two camps of the Ezzedine al-Qassam Brigades in the centre and north of Gaza, and a former Hamas security post in Gaza City. They wounded about 20 people, the health ministry said.

Palestinian fighters struck back, firing at least 23 rockets into southern Israel, most of them hitting the town of Sderot close to the Gaza border, Israeli officials said, adding that one man was wounded.

The Israeli army said the latest raids were in response to rocket fire earlier in the week.

The latest round of Israeli attacks and Palestinian retaliation began with air raids on Monday morning, just hours after armed men from Sinai carried out an ambush along Israel’s southern border with Egypt, killing an Israeli civilian.

Israel has said its sudden surge in Gaza operations was “in no way related” to the border incident, with the military saying the air force was targeting fighters about to attack it. 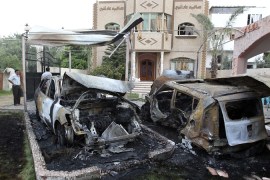 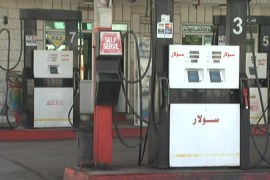 Many Gazans are suffering in winter as single power plant in the enclave remains shut. 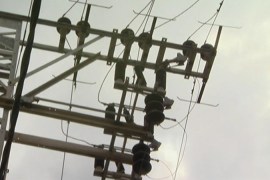