A self-proclaimed al-Qaeda supporter has released two of the four hostages he took at a bank in the southern French city of Toulouse, police and interior ministry sources say.

A woman was freed and talks were on to secure the release of the two other hostages on Wednesday, the sources said.

The hostage-taker also allowed food and water to be provided for the remaining hostages.

France’s BFM television reported that the man claimed allegiance to the al-Qaeda network, but officials could not confirm this. There were also unconfirmed reports that he was mentally unstable.

The bank is near where the al-Qaeda-inspired serial killer Mohamed Merah lived and was shot dead by police in March.

Police said no injuries were reported. No demands have yet been made and police are on the scene.

An anti-terrorist unit was on its way and the area was sealed off, Delage said.

“We’re taking measures so we can start a dialogue” with the hostage taker, Michel Valet, Toulouse prosecutor, said at the scene where police have set up a 200m cordon around the bank.

No one has been injured, a policeman who asked not to be named told AFP news agency.

“We don’t yet know if this is a robbery that went wrong or if [the hostage taking] is a premeditated act,” a police source told AFP.

The man calls himself “Boumaza” and has a criminal record, police said.

The interior ministry was not immediately available to comment.

Tensions have been higher than usual in Toulouse since March, when 23-year-old Merah – who police said claimed links to al-Qaeda – reportedly killed three Jewish schoolchildren, a rabbi and three paratroopers in the area.

Merah was later shot dead by police after a standoff at his home in Toulouse. 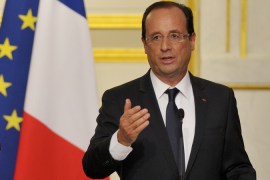 Jobless rate is first big challenge for President Francois Hollande, with 2.9 million people out of work. 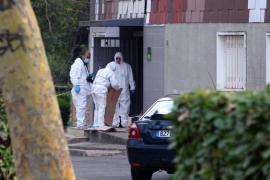 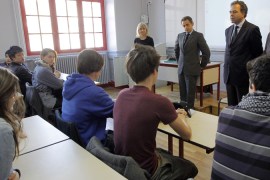 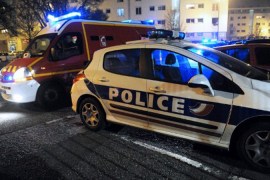