An Indonesian man has been sentenced to two and a half years in jail and fined $10,598 for professing his atheism on the internet, Al Jazeera has reported.

Alexander Aan, a West Sumatran civil servant, was sentenced in court on Thursday with blasphemy and violating internet laws.

Aan was arrested earlier this year for posting “There is no God” on the social networking website Facebook.

Prosecutors in the case had demanded a prison sentence of three and a half years but the court handed down only two and a half. Aan’s lawyers said they were considering an appeal.

Al Jazeera spoke about the case to Endy Bayuni, chief editor of the Jakarta Post. 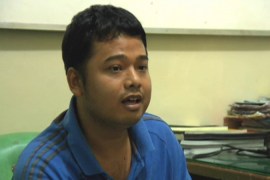 Activists in Indonesia demand release of man who wrote on site that he did not believe in God. 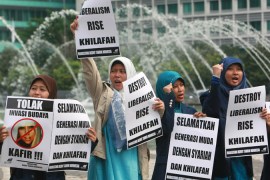 Cancellation of US pop star’s Jakarta concert raises fears that hardliners may be pushing an agenda of intolerance. 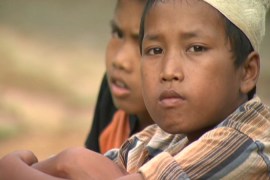 Renewed attacks on a religious school and homes lead community in East Java to ask for police protection. 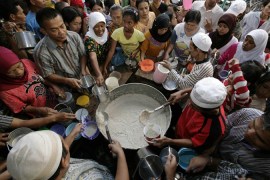 An early morning ritual of noisemaking before the pre-dawn meal has brought noise complaints.