An 11-year-old boy in Bahrain has been released without bail after nearly a month in police custody.

One of the child’s lawyers, Mohsen al-Alawi, told Al Jazeera on Monday that judges had decided to release the boy but that his trial was set to continue on June 20.

The boy, Ali Hasan, faces charges of joining an illegal gathering and other claims related to the ongoing unrest in the troubled Gulf nation.

The Bahrain Centre for Human Rights (BCHR) had reported that Hasan was detained near his home in the Bilad al-Qadeem neighbourhood of the capital Manama by plainclothes officers on May 13. The prosecution then charged him with “joining an illegal gathering”.

She said he pleaded guilty, admitting that he blocked the road repeatedly after police would clear the blockade, and that he was arrested on his third attempt to shut the road.

She claimed he confessed to have done that after a man accused of stirring trouble gave him and some of his friends three dinars, or about $8.

“The juvenile in question was not only in custody for participating in an illegal gathering, but for his involvement in burning tires and road blocks,” he said.

“We have an obligation to the rest of the population of Bahrain to preserve law and order,” he said.

When questioned over the potential length of sentence Hasan may have to serve, Khalifa was unable to provide a figure, only saying the child would be given “a sentence of a juvenile”. 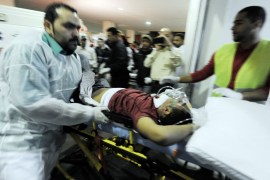 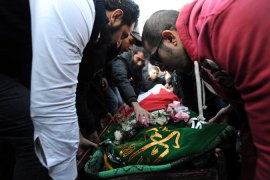 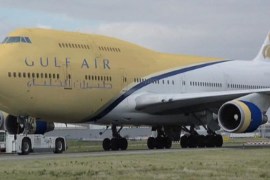