Hundreds of protesters have clashed with police in the streets of the Chilean capital to protest a ceremony centred
around a new documentary honouring the late Augusto Pinochet.

“Murderer, Murderer!” chanted the demonstrators at Teatro Caupolican on Sunday, ahead of the screening of Pinochet, which celebrates the general’s 1973-1990 military dictatorship.

Police responded by firing tear gas and water cannons at demonstrators to prevent their advance toward the theatre, which was hosting more than 1,000 Pinochet sympathisers for the tribute.

“The police are limiting our activity in order to allow activities in honour of the dictator. This is paying tribute to a criminal,” Mireya Garcia, vice-president of the Association of Relatives of Detained and Disappeared (AFDD), told CNN Chile.

The event has triggered a firestorm of controversy, pitting Pinochet supporters claiming the right to free speech against relatives of regime victims who would like to see the event banned.

“In a democracy, we have every right to present this documentary,” said Juan Gonzalez, a former military officer who leads the pro-Pinochet September 11 Corporation.

The government of Sebastian Pinera, Chile’s first right-wing president since Pinochet left office, has said that it does not support the tribute but respected its right to take place.

A judge has also thrown out a bid to ban the event.

The tribute is an extraordinary event in Chile, where more than 350 cases of disappearances, torture, illegal detention and conspiracy under the dictatorship remain open.

More than 3,200 people were killed or disappeared during Pinochet’s rule, and researchers have documented some 37,000 cases of torture and illegal detention.

Pinochet died in 2006, aged 91. He was never sentenced for rights abuses during his regime. 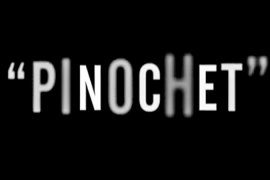 Families of those killed or ‘disappeared’ under military ruler call for documentary tribute to be banned. 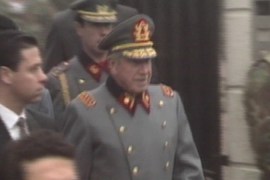 Wealth allegedly embezzled by late leader is not accounted for in his recently opened last will.