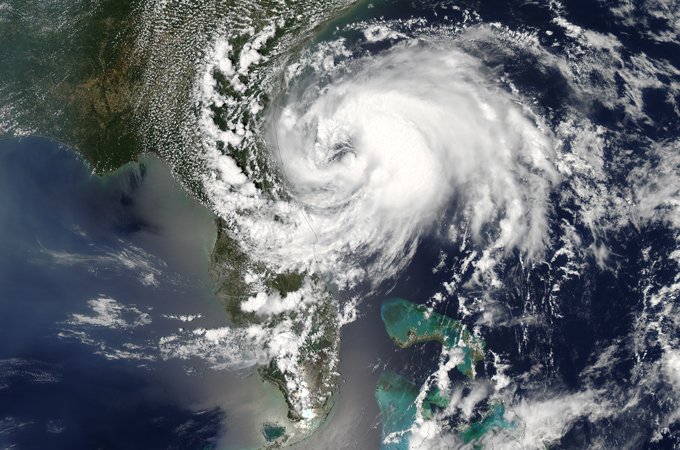 June 1 is officially the start of the hurricane season, but some of the storms just couldn’t wait that long.

Four named tropical storms have already developed: Alberto and Beryl in the Atlantic, and Aletta and Bud in the Pacific. Does this mean that we’re in for a particularly active hurricane season?

Fortunately, the early development of a few tropical storms isn’t thought to be an indication of what’s in store.

Tropical storms normally develop from clusters of thunderstorms that drift across the Atlantic from Africa. These storms make up the main bulk of the storms in a hurricane season.

The tropical storms that have already formed haven’t followed this formula. Instead they developed from weather disturbances that were affecting the seas around the Americas. This means that their effect on the overall activity within the season should be very limited.

To see whether the waters of the Central and eastern Pacific are ready to start producing tropical storms, NASA have produced an image of the sea surface temperatures surrounding the Americas.

In the image, shades of blue depict water temperatures below 27.8 C (82 F), while yellows, oranges, and reds depict waters that are above that important temperature.

27.8C is significant as this is the temperature that the sea surface needs to be in order to feed a hurricane: to allow it to develop and grow. Of course there are many other things that also affect development, but sea surface temperatures are an important indicator.

Overall, the sea surface temperatures are close to average at the moment. In the central and eastern parts of the Atlantic, the waters are below the 27.8C threshold. This means that in the immediate future at least, the waters are unlikely to aid the development of a tropical storm.

The forecast for the season, issued by the National Oceanic and Atmospheric Administration (NOAA) is that the season is expected to be about average:

In the Atlantic, the average is 12 named storms, with six of those becoming hurricanes. This year the forecast is for nine to fifteen named storms and four to eight hurricanes.

In the eastern Pacific, the average is 15 named storms, with eight developing into hurricanes. The 2012 season is expected to produce 12 to 18 named storms, 5 to 9 of which will become hurricanes.

Whilst it is encouraging that the season is not expected to bring too many storms, tropical systems should never be under-estimated. They are still extremely powerful and have the potential to move erratically.