An individual allegedly chosen by al-Qaeda in Yemen to blow up a US-bound airliner using an underwear bomb was a CIA agent, according to reports in US media.

The agent, working for the US and the Saudi Arabian intelligence agencies, infiltrated al-Qaeda in the Arabian Peninsula (AQAP) and volunteered for the suicide mission, media reported on Tuesday.

The officials, who spoke to US media on condition of anonymity on Tuesday, said the informant was safely out of Yemen.

US officials leaked out details of the apparent intelligence coup two days after the White House announced the suspected bomb plot had been successfully thwarted.

The agent managed to spend weeks with AQAP before handing over information that allowed the US to launch a drone strike on Sunday that killed Fahd al-Quso, a senior figure who was wanted over the 2000 bombing of the USS Cole in Yemen, the New York Times and other media reported, citing unnamed US officials.

A senior US official told the Times that a bomb for the would-be attack was sewn into “custom fit” underwear that would have been difficult to detect even in a careful pat-down at an airport.

Another US newspaper, The Los Angeles Times reported that the agent was “an informant” overseen by Saudi Arabia’s intelligence service, which devotes great efforts to monitoring Al-Qaeda’s branch in Yemen.

Officials said the device intended to have been used in the attack was an upgrade over the bomb that failed to detonate on board an airplane over Detroit on Christmas Day 2009.

This new bomb contained no metal and used a chemical – lead azide – that was to be a detonator in a nearly successful 2010 plot to attack cargo planes.

The CIA and other government agencies declined to comment on the reports when contacted by AFP news agency.

Al Jazeera’s John Terrett, reporting from Washington, said there has been “very limited comment on this story throughout the day from the [Obama] administration”.

Although officials touted the disrupted plot as a success, they acknowledged AQAP remained determined to strike against Western interests.

Security procedures at US airports remained unchanged on Tuesday, a reflection of both the US confidence in its security systems and recognition that the government could not realistically expect travellers to endure much more.

Increased costs and delays to airlines and shipping companies could also have a global economic impact.

“I would not expect any real changes for the travelling public,” said House Intelligence Committee Chairman Mike Rogers. “There is a concern that overseas security doesn’t match ours. That’s an ongoing challenge.” 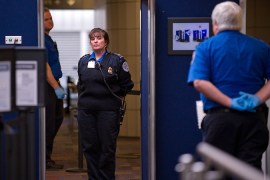 The plot never posed any risk to public and Obama was informed of it in April, country’s National Security Council said. 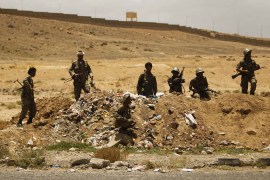 Two men, including one convicted for 2000 attack on US warship USS Cole in port of Aden, hit by missile fired by drone.