Al-Qaeda in the Arabian Peninsula (AQAP), the Yemen-based group accused of trying to blow up a US-bound airliner using an underwear bomber, has emerged over the past few years as perhaps the most active al-Qaeda “franchise.”

The group was formed in early 2009 as the result of a merger between the Yemeni and Saudi branches of al-Qaeda.

Those affiliates have their origins in the late 1980s and early 1990s, when fighters who had battled the Soviet Union in Afghanistan returned home.

But in the years after September 11, many of the high-ranking Saudi members were arrested, and a US drone strike in 2002 killed the leader of the Yemeni branch, Abu Ali al-Harithi.

Both groups seemed largely defeated by the end of 2003.

But al-Qaeda in Yemen was unexpectedly revived, after 23 suspected members of the group escaped from prison by tunnelling out of their cell.

Among the escapees were Nasir al-Wuhayshi, who went on to lead AQAP, and Qasim al-Raimi, who became the group’s senior military commander.

‘Until we establish the Islamic state’

They quickly moved to revive al-Qaeda in Yemen, staging a series of increasingly bold attacks. In February 2006, they tried to blow up oil and gas facilities in southern Yemen; in late 2007, they staged a suicide attack on a convoy of Spanish tourists.

The group also began to publish a magazine, Sada al-Malahim (“The Echo of Battle”), which helped to spread its ideological message in Yemen and around the region.

Remnants of the Saudi branch of al-Qaeda faced a fresh crackdown from the government in late 2008. That drove its members across the border into Yemen, and in January 2009 they formally joined al-Qaeda in Yemen.

In a video announcing the merger, senior members of AQAP threatened to topple “apostate” governments and drive Western influence out of the region. They praised fighters who had been killed over the past few years by the Yemeni, Saudi and American governments.

AQAP has claimed credit for numerous attacks in the region. Perhaps the most audacious one was a 2009 plot to assassinate Prince Mohammed bin Nayef, the deputy Saudi interior minister. (His father, Prince Nayef, is the country’s longtime interior minister, and was named crown prince last year.)

A suicide bomber, Abdllah al-Asiri, hid a bomb in his underwear and went to meet the prince in his Jeddah home. Al-Asiri’s body absorbed the force of the blast, though, and the prince was only lightly injured.

Despite the failure, this tactic – “underwear bombers” – would become a favourite tactic for AQAP. Umar Farouk Abdulmutallab, a Nigerian man who had studied in Yemen, tried to detonate a bomb hidden in his underwear while on board a Northwest Airlines flight from Amsterdam to Detroit in December 2009. 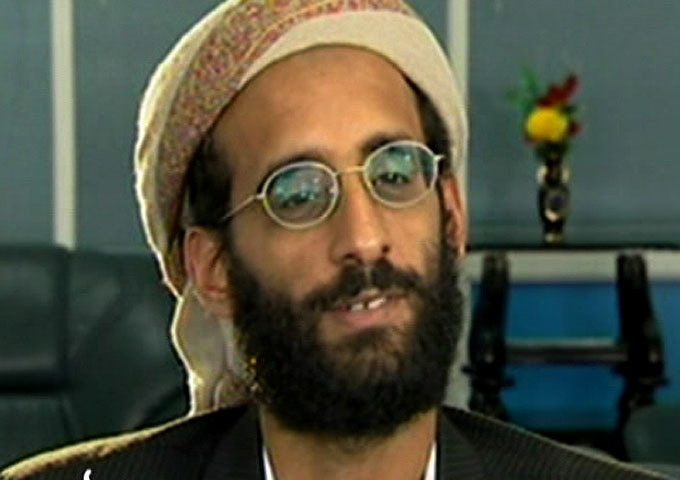 Awlaki, the group’s chief ideologue and a US citizen, was killed by a US drone strike last year [EPA]

The device failed, and Abdulmutallab only succeeded in setting himself on fire. He later confessed to the plot, and was sentenced to four life terms by a federal court in Detroit.

Another plot, uncovered in October 2010, involved hiding bombs in printer cartridges and shipping them to the US aboard cargo planes. The bombs were found while the planes were making stopovers, one in the United Kingdom, the other in Dubai. (The man who created all these bombs, Ibrahim al-Asiri, is the brother of the suicide bomber who tried to assassinate Mohammed bin Nayef.)

The group has also claimed responsibility for radicalising Nidal Malik Hasan, the US army officer who shot and killed 13 people on a military base in Fort Hood, Texas; and Faisal Shahzad, the Pakistani-American who unsuccessfully tried to detonate a car bomb in Times Square in 2010.

Both men had communicated with Anwar al-Awlaki, an American-born imam described as the group’s chief ideologue. He was killed in September 2011 in a US drone strike. His killing remains deeply controversial in the United States, where some view it as a dangerous precedent, allowing the president to order assassinations of US citizens overseas without trial or due process.

Despite the growing military campaign against AQAP – which includes not just drone strikes, but efforts by US special operations troops deployed in Yemen – it continues to grow.

In 2009, US officials estimated its membership at no more than 300 people; last month, John Brennan, the White House counterterrorism adviser, said it had grown to more than 1,000 members.

Some of the American attacks, in fact, have actually helped the group find new recruits.

A cruise missile strike in Abyan province in December 2009, ostensibly aimed at an al-Qaeda “training camp,” struck a Bedouin encampment. More than 50 civilians were killed.

Members of AQAP held a rally at the site several days later, and the incident has featured prominently in the group’s propaganda.

The instability in Yemen since last year’s anti-government uprising has also helped the group to grow, and even in some cases to seize territory. AQAP has taken control of at least two towns in southern Yemen; their fighters guard the roads, and the group’s black flag has been raised over municipal buildings.