Fighters from the Revolutionary Armed Forces of Colombia (FARC) have freed French reporter Romeo Langlois, a month after taking him hostage in a firefight.

Langlois, a reporter for France 24, was taken hostage in the southern Caqueta region on April 28 after he was caught in crossfire between a Colombian military unit he was embedded with and the rebels.

“Apart from the fact that I was held for a month, everything went very well. I cannot complain,” Langlois told reporters on Wednesday after arriving in Caqueta department with a group of rebels.

“They never tied me up. Rather, they always treated me as a guest. They gave me good food … They were always respectful.”

He added that he had no apologies for covering the Colombian conflict from all sides.

“I didn’t need this experience to know the Colombian conflict or to know the rebels. I’ve been in this a long time,” Langlois said when asked what he took away from his captivity. “What I take from it is the conviction that one must continue covering this conflict.”

FARC freed him on their movement’s 48th anniversary on a specially built stage, decorated with pro-peace banners, and organised a barbecue.

The delegation that received Langlois included members of the International Committee of the Red Cross (ICRC), French diplomat Jean-Baptiste Chauvin and a peace activist Piedad Cordoba.

At the request of the rebels, the Colombian army had agreed to suspend all military operations in the area for 36 hours.

Founded in 1964, the FARC is the oldest and largest leftist armed group in the country with about 9,200 fighters.

Thanks to mediation by Cordoba and the ICRC, the fighters have released dozens of hostages since 2008, most of them police officers or military personnel captured during clashes.

The last French national held by the FARC was Ingrid Betancourt, a former Colombian senator and presidential candidate.

She was abducted during her presidential campaign in February 2002, along with her assistant, Clara Rojas.

Betancourt and 14 other hostages – including three US military contractors – were freed in an operation by the Colombian military in July 2008.

The FARC renounced the practice of kidnappings for ransom in February but has stepped up attacks on Colombian security forces over the past year in remote parts of the country.

In April, 15 soldiers were killed in fighting in Caqueta, while in March 11 other soldiers were ambushed and killed in the eastern department of Arauca, which borders Venezuela. 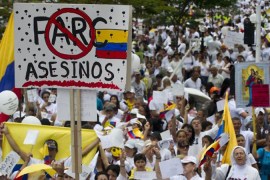 Will Colombia talk peace with the FARC?

As the rebels again call for negotiations, we ask if the government will respond in kind to try to end the conflict. 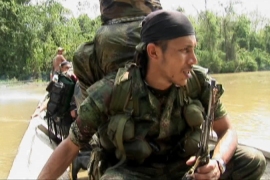 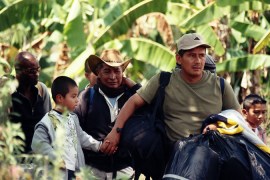 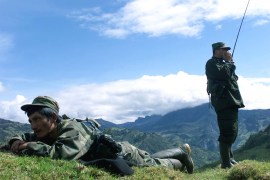