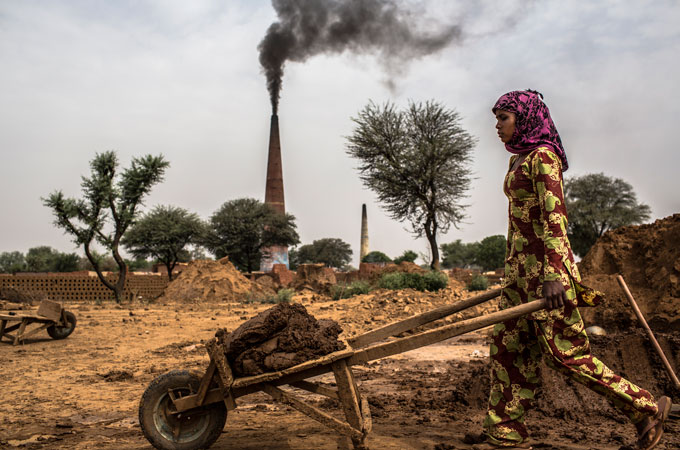 A girl toils under the boiling sun near Jaipur [Getty Images]

Across northern areas of both India and Pakistan the pre-monsoon heat is beginning to take its toll. Reports from India suggest that more than 80 people have died of heat-related illnesses.

Temperatures in excess of 45 degrees Celsius have stretched from the Punjab in the north, to the Deccan Plateau in the south.  The highest temperature recorded over the last few days was at Sibi in the Balochistan province of Pakistan, where the temperature reached 48.5C on Tuesday afternoon.

At that time the temperature in Ganganagar, India scaled 47.4C and Amritsar was sweltering in a temperature of 45.8C.
Thundery showers are often experienced even during this dry period but this year, they have been largely absent. Rainfall across the region has reportedly been 60 percent below average, and the resulting dust storms have caused considerable disruption.

Temperatures across the Indian subcontinent are likely to hover around these values until the monsoon rains set in. The monsoon is currently slightly behind schedule, languishing over Sri Lanka, but it is expected to make inroads across southern India within the next two to three days.

For northern areas the monsoon is still weeks away and the heat, humidity and dust will continue to take their toll on the population until then.