Doha – For Carolyn Roberts, the fire that killed 19 people in a mall here on Monday was “a wake-up call” to look into safety standards at her daughter’s school. And she was surprised at what she learned.

Roberts was one of several hundred people, a mix of expatriates and Qatari nationals, who gathered for a vigil on Tuesday evening in a park near Villaggio mall, the site of the fire. Most of the victims were children attending a nursery in the mall.

By Tuesday morning, her daughter’s nursery had already emailed parents and promised to improve its safety standards, Roberts said.

“They have fire extinguishers, but they don’t have sprinklers,” said Roberts, a native of New Zealand. “They’ve promised to install them. I think this will make everyone wake up.”

The fire started near the Gympanzee child care centre, trapping children and their teachers. The staircase leading to the nursery collapsed, possibly due to the heat of the fire. Rescue workers had to go through the roof, and by the time they reached the nursery, 13 children were dead, mostly from smoke inhalation.

The children were from Spain, France, Japan, South Africa, China, the Philippines and New Zealand. Three Filipino teachers were also killed in the fire, according to the foreign ministry in Manila.

Two firefighters were killed in the rescue attempt, and a number of others were injured.

The Qatari government has promised to investigate, and to set up a committee to look into safety issues. “I think the government is very concerned, and I think it [this issue] needs more attention,” said Mohamed al-Kholaifi, the speaker of Qatar’s advisory council, at the vigil. “Such big malls should have more security.”

Ali bin Fetais Al Merri, the attorney general, has ordered five people detained in connection with the fire. Those arrested include Iman Al Kuwari, the owner of the nursery and daughter of the culture minister. The shopping centre’s chief manager and the head of security have also been detained.

‘We see the same issues’

Many details about the fire and the response are still sketchy, and an interior ministry press conference on Monday left many questions unanswered. The ministry has admitted that rescue workers did not have access to the building’s floor plans, a standard practice at fire departments in many countries, which typically rehearse plans for evacuating major public buildings. 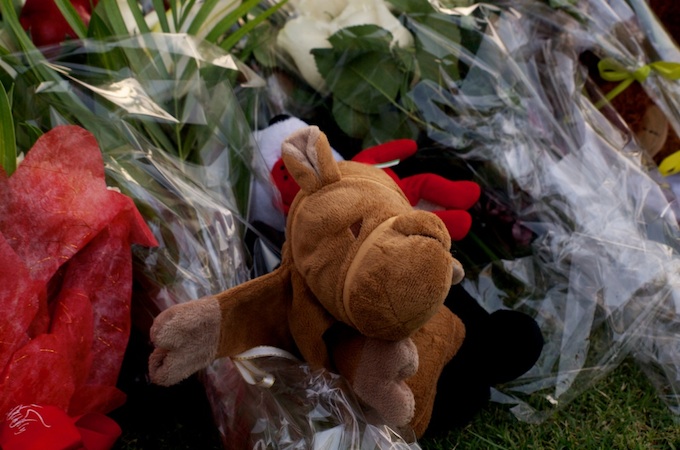 Witnesses, including several at Tuesday’s vigil, said some of the mall’s smoke alarms and sprinklers did not work. And they said mall officials did not quickly move to evacuate the building.

“I think there’s an issue with the boy who cried wolf,” said Heidi Windsor, an Australian woman who has lived in Qatar for two years. “The alarms go off all the time here. So people assume it’s nothing.”

Smoke alarms went off at the mall on Sunday, one day before the fire, and officials told shoppers to ignore them, according to witnesses. “It was complete chaos,” a relative of the nursery’s owner said in a telephone interview. “They didn’t have a response plan, they didn’t know how to get to the Gympanzee area.”

Stories about malfunctioning alarms and sprinklers, which cannot be independently verified, underscore a widespread belief that building codes in this wealthy Gulf nation are not rigourously enforced.

One of the attendees at the vigil, a safety manager for a major construction firm in Doha, said he wasn’t surprised by the reported problems at Villaggio.

“We see a fair number of incidents in buildings, and they’re not publicised. This one was because it involved so many expatriates,” said the manager, who asked to remain anonymous for fear of losing his job.

“But I know of at least two labour camps that burned to the ground … and we see the same issues, poor conditions, poor electrical [wiring], and the buildings aren’t properly maintained.”

Several other construction managers interviewed at the vigil echoed his concerns. “Under international regulations, those stairs should not have collapsed,” said a manager at another large firm, who also asked to remain nameless.

“Some of the major organisations, like Qatar Foundation, have high standards,” he said. “But private firms, they’re hit or miss… there’s a lot of enforcement that needs to be implemented here. They need a health and safety inspectorate.”

‘We would have lost our children’

Many of the people who attended the vigil brought their children, and said they planned to quiz their schools and nurseries about safety procedures. “We have to consider these things, the fire exits, the knowledge of the staff,” said Analyn Servillas, a native of the Philippines. 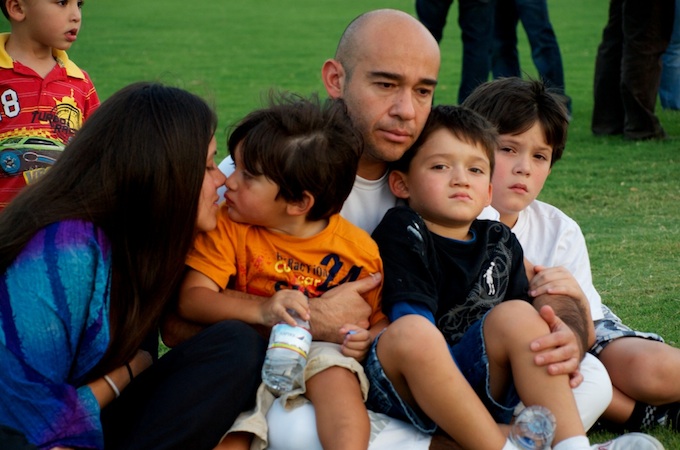 For others, though, safety was still a more distant concern. Many of them knew the children who were killed in the fire.

“The New Zealander community here is small, and everyone knows everyone,” said Paul Hendra, a Doha resident since 1999.

“At the moment, I think, everyone… is still focused on the tragedy,” said Michelle Dailley, a British woman who attended the vigil with her young daughter. “But I think, down the road, there will be a lot of concerns about safety.”

One couple, Sergio and Casey Garrido, said they were lucky to still have their children with them. They’d planned to leave their children in the nursery while they went for breakfast in the mall, but decided at the last minute to go somewhere else.

“I can’t imagine… if we had had breakfast there, we would have lost our children,” said Casey Garrido, hugging her son.

“I wish God would give us a little bit of the pain from all of the people who are here, so their real parents don’t feel that much pain,” said her husband, Manuel.