Nepal’s premier has called a November 22 election after the nation’s political leaders failed to agree on a post-war constitution before midnight, forcing the dissolution of parliament.

The Constituent Assembly, elected in 2008 after a decade of civil war to write the statute, will be disbanded after failing to resolve disagreements on the creation of federal states, Baburam Bhattarai said early on Monday in a televised address.

“It is not possible to promulgate the constitution within the deadline now. That possibility is out, 100 per cent,” senior Maoist leader Post Bahadur Bogati said on Sunday after a meeting with other political parties.

Negotiators had said the cabinet would decide between various courses of action, including declaring a state of emergency under which the life of the current parliament would be extended for six months, and calling a fresh election.

A new constitution has been widely seen as being crucial to helping end the instability that has plagued the country since the end of a Maoist-led civil war in 2006, and the subsequent overthrow of the monarchy.

The debate over the constitution, however, has sharply divided public opinion, particularly on the issue of whether Nepal should be divided into states along ethnic lines.

There have been several violent protests in recent weeks, with ethnic groups staging demonstrations near the parliament building.

“The demands for ethnic autonomy have become so strong that if they are not addressed they could lay the seeds for further conflict as happed in Sri Lanka and Aceh,” said Kunda Dixit, editor of the Nepali Times weekly.

As the deadline approached, rallies were banned around key government buildings in Kathmandu, the capital, including the prime minister’s office.

The parliament building has been ringed by riot police, standing behind barbed wire barricades.

The Rajdhani daily said the army was on high alert and ready to step in if police failed to maintain security in the capital.

The new constitution was a key part of the peace deal struck with the Maoists to end their revolt. An agreement on the charter has been elusive, however, and the assembly has missed several deadlines already because of deep divisions over the number, boundaries and names of the nation’s states.

The Maoists, who waged their revolt on a pledge to empower the country’s many ethnic groups after centuries of exclusion and discrimination, dominate the assembly.

They say they want the creation of up to 14 states named after ethnic groups. Their call has been backed by several small Madhesi parties demanding an autonomous state in the country’s southern plains.

“A constitution is not possible without federal states recognising the identity of ethnic groups,” said senior Maoist leader Narayankaji Shrestha.

The Maoists’ political opponents, however, say that carving up the country along ethnic lines would stoke tension between different castes.

Ram Sharan Mahat, a Nepali Congress party leader, said the Maoists “want to kill the assembly, not make the constitution” and stay in power. 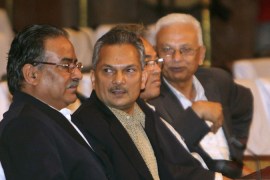 Uncertainty looms in Himalayan nation as government’s extension of constituent assembly is struck down by court. 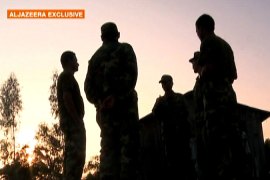 Thousands of former fighters will be asked whether they want to join army or accept up to $11,500 to start new lives. 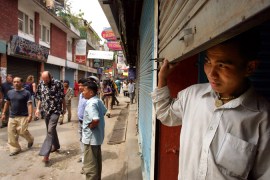 Nepal re-emerging on the international scene

New economic, political and social policies are being created and enacted to overcome the country’s many challenges. 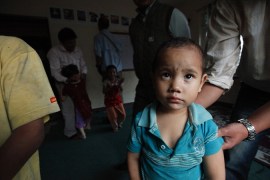 With weak law enforcement, can foreigners adopting children from Nepal be sure that they are really orphans?