UN leader Ban Ki-moon and UN-Arab League peace envoy Kofi Annan have condemned a massacre of more than 90 civilians in Syria as an “appalling and brutal” breach of international law.

Ban and Annan “condemn in the strongest possible terms the killing, confirmed by United Nations observers, of dozens of men, women and children” in Houla, UN spokesman Martin Nesirky said on Saturday.

“This appalling and brutal crime, involving indiscriminate and disproportionate use of force, is a flagrant violation of international law and of the commitments of the Syrian government to cease the use of heavy weapons in population centres and violence in all its forms,” said the statement issued on behalf of the UN secretary-general and the Syria envoy.

“Those responsible for perpetrating this crime must be held to account,” the statement said.

The UN mission said 92 bodies, 32 of them children aged less than 10, had been found in Houla after the artillery offensive on Friday.

“Those using violence for their own agendas will create more instability, more unpredictability and may lead the country to civil war,” Mood said to reporters in Damascus.

The statements came as the Free Syrian Army said it could no longer commit to the ceasefire brokered by Annan unless there was an immediate solution to regime violence.

“We announce that unless the UN Security Council takes urgent steps for the protection of civilians, Annan’s plan is going to go to hell,” a statement by the FSA said on Saturday.

The peace plan drawn up by Annan, which took effect on April 12, stipulated that UN observers be deployed in the country to monitor a ceasefire. But the violence and bloodshed have not stopped.

Ban and Annan reaffirmed on Saturday that UN observers who went to Houla had “viewed the bodies of the dead and confirmed from an examination of ordnance that artillery and tank shells were fired at a residential neighborhood”.

State news agency SANA blamed “armed terrorist groups” for the killings, adding that “clashes led to the killing of several terrorists and the martyrdom of several members of the special forces”.

After the bombardment, pro-government thugs, known as shabiha, raided the villages, killing men on the streets and stabbing women and children in their houses, activists said.

Activists told Al Jazeera that the town came under shelling again on Saturday.

Hadi al-Abdallah, speaking from Homs, said Houla was under the control of the FSA, which meant government troops could not enter the town. Instead, they were launching shells from a distance in a bid to defeat the rebels.

Syrians turned out in several locations around the country on Saturday to protest against the killings.

In Kafr Nabel, in the northern province of Idlib, scores took to the streets to honour the dead, chanting: “We sacrifice our soul and life for you, oh people of Houla,” according to a video posted on YouTube.

In a Damascus neighbourhood, women filmed hiding their faces were carrying papers that read: “The Syrian regime kills us under supervision of the UN observers” and “Banish the UN tourists”.

The latest violence came as the UN’s Ban on Friday blamed the government for much of the “unacceptable levels of violence and abuses” occurring every day in the 14-month-long crisis in Syria.

In a report to the UN Security Council, Ban cited the government’s continued use of heavy weapons, reports of shelling and “a stepped-up security crackdown by the authorities that has led to massive violations of human rights by government forces and pro-government militias”.

Ban said there had only been “small progress” on implementing the six-point joint UN-Arab League plan brokered by Annan.

White House says attack that killed 90, including 32 children, a ‘vile testament to an illegitimate regime’ in Syria. 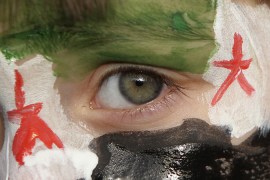 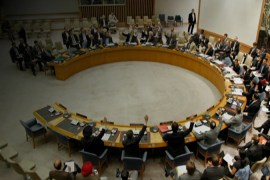