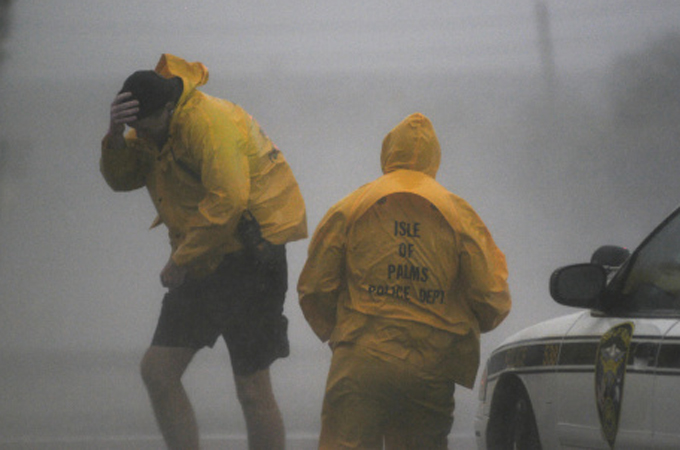 Tropical Storm Gaston made landfall in South Carolina in August 2004, setting a new record for tropical activity for the state [Getty]

Tropical Storm Alberto formed off the east coast of the US on Saturday. It is the first tropical storm of the 2012 Atlantic hurricane season and the earliest to form in the Atlantic since 2003.

The storm poses no immediate threat to land but a storm watch remains in force for parts of South Carolina. The system currently lies around 170km to the southeast of Charleston.

It is slowly making its way in a general northeasterly direction at around 10kph with sustained winds of 80kph. We do expect the storm to weaken further through Sunday, but it is likely to produce increased waves along the beaches across the Carolinas over the next 24 to 36 hours.

There is also a high risk of rip currents along North Carolina’s Outer Banks. That aside, we should only see a scattering of showers along the coastal fringes over the next few days. The storm is then likely to drift out into the open waters of the Mid-Atlantic.

The hurricane season runs from June 1 to November 30, usually peaking around August or September. The first tropical storm of the season, Arletta formed in the Pacific Ocean, off the west coast of Mexico last Tuesday.

This is the first time since records began that tropical storms have formed in both the Atlantic and eastern Pacific basins ahead of the official start of the hurricane season.