The president of the Syrian National Council (SNC), the country’s main opposition bloc, has offered to resign after a key activist group accused him of monopolising power, just two days after he was re-elected for a third three-month term.

Burhan Ghalioun told Al Jazeera on Thursday that he would give up his post to avert division within the opposition bloc through fresh elections.

“I have won and gained the legitimacy within the National Council. But for me I think the real legitimacy is the one to be given by people in the streets and the revolution youths who are fighting on the ground,” he said.

“I will resign immediately following the Council’s approval of a candidate who can be accepted by the revolutionary movement on the ground.

The Local Coordination Committees, a grassroot activists movement, threatened hours earlier to pull out of the exiled SNC over its lack of collaboration with protesters in Syria and “monopolisation” of power.

“We have seen nothing in the past months except political incompetence in the SNC and a total lack of consensus between its vision and that of the revolutionaries,” the network said in a statement.

Ghalioun, a secularist who has led the Syrian National Council by consensus rather than through election since the organisation was founded in October 2011, was re-elected as the main opposition group’s chief in a vote held in Rome on Tuesday.

George Sabra, a leftist who came in second to Ghalioun in the vote, said the council would now be forced to bring under represented opposition leaders and activists inside Syria into its deliberations, adding: “The opposition needs to show its democratic credentials and bring in a new face.”

The SNC, an umbrella group composed of leaders from Syria’s diverse array of ethnic, tribal and religious groups, was created to represent the country’s uprising that began in March 2011 against the government of President Bashar al-Assad. 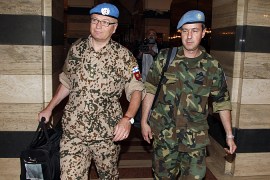 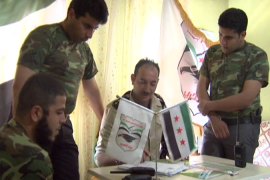 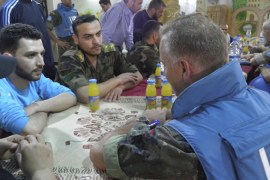 Has the Syrian opposition done nothing wrong?

As Human Rights Watch issues a report on Syria, we ask if opposition forces should be held accountable for violations.