Barack Obama, the US president, has declared a “new chapter” in US relations with Myanmar as the US moved to restore full diplomatic relations with the Asian country.

“As an iron fist has unclenched in Burma, we have extended our hand, and are entering a new phase in our engagement on behalf of a more democratic and prosperous future for the Burmese people,” Obama said in a statement on Wednesday.

In the statement, Obama said the US is rewarding democratic reforms in Myanmar with announcement of the country’s first US ambassador in 22 years and an easing of investment sanctions.

Derek Mitchell, who has been serving as the state department’s special representative to Myanmar, has been nominated as US ambassador, pending confirmation by the US Senate.

Washington withdrew its ambassador to Myanmar, formerly Burma, after a crackdown on a democracy uprising in 1988 and elections won by iconic opposition leader Aung San Suu Kyi’s democracy movement in 1990 that were never recognised by the military junta.

“Burma has made important strides, but the political opening is nascent, and we continue to have concerns, including remaining political prisoners, ongoing conflict, and serious human rights abuses in ethnic areas,” Obama said.

He pointed to the parliamentary election of [Aung San] Suu Kyi as a key example of progress.

Hillary Clinton, the secretary of state, who met her Myanmarese counterpart Wunna Maung Lwin in Washington, said: “Today we say to American business: invest in Burma and do it responsibly.”

Clinton, who made a historic trip to Myanmar in December, pressed the authorities to release more political prisoners, after meeting Lwin, who was on a first official US visit in decades.

Obama’s move followed calls from business and political figures in the US, Europe and Asia to lift sanctions, and warnings by democracy icon Suu Kyi against excessive optimism over a political opening.

The US government will now license certain types of investment in financial services and allow US businesses to work in Myanmar, though will ensure that those who abuse human rights and seek to slow progress do not benefit.

The US president said that current sanctions law would stay on the books to encourage further reform and to allow a speedy reimposition of tough measures if the United States sensed “backsliding”.

Thein Sein, the Myanmarese president, surprised many US observers by initiating political reforms designed to break the country’s isolation, and elections saw Suu Kyi’s National League for Democracy securing 43 of the 44 seats it contested in last month’s parliamentary by-elections. 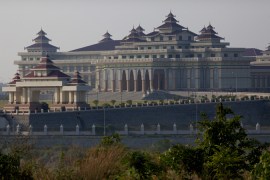 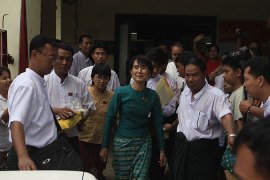 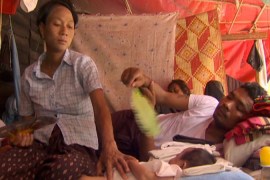 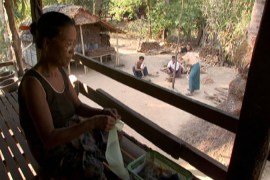