Former Bangladeshi opposition leader, Ghulam Azam, has been indicted by a special court for alleged atrocities including genocide and murder during the nation’s 1971 liberation struggle against Pakistan.

Azam, 89, the former head of the Jamaat-e-Islami party who was indicted on Sunday, is accused of creating and leading pro-Pakistan militias which carried out many killings and rapes during the nine-month-long war.

Wheelchair-bound Azam pleaded not guilty after the charges were read out to him for two hours by Judge Nizamul Huq, who set June 5 as the start of the trial.

Azam is the third and most high profile opposition figure to have been charged since the government set up the tribunal in 2010 to try suspects.

Both Jamaat and the main opposition Bangladesh Nationalist Party have dismissed the court as a “show trial”, while Human Rights Watch has said procedures used by the tribunal fall short of international standards.

Bangladesh government figures estimate more than three million people were killed in the war by the Pakistani army and local pro-Pakistan militias, although independent researchers put the figure at between 300,000 and 500,000. 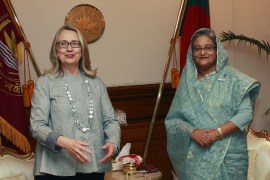 US Secretary of State says government and opposition must work together amid violent unrest over missing politician. 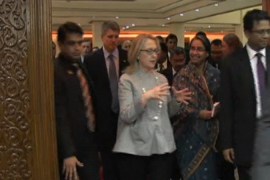 Opposition and government halt standoff over missing politician in bid to make good impression on US secretary of state. 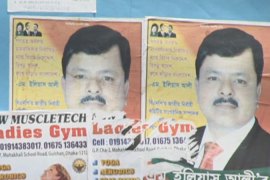