Mali’s coup leaders have called for a national meeting to discuss the country’s transition back to civilian rule, as they seek a way out of a growing crisis that has brought debilitating sanctions on the country and further fuelled a Tuareg rebellion in the north.

“Yes to the return to a constitutional order, but with a new Mali. Our Mali is sick in the depths of her being … To this effect, we invite the entire political class and all the actors of society to come without exception to the national convention,” he said.

Sanogo, who announced plans last week to restore Mali’s constitution, had earlier pledged to call a convention to determine what sort of body should govern before new elections are held.

The offer to hold open-ended talks on transition to civilian rule came as people rushed to stock up on petrol and cash after the 15-state ECOWAS West African bloc launched trade and diplomatic sanctions aimed at forcing the leaders of last month’s coup to stand down.

The sanctions are likely to have a strongly negative affect on Mali’s fuel supply. The landlocked country imports all its fuel, over land from neighbouring Ivory Coast and Senegal, both of which are located on Africa’s Atlantic coast.

The country’s electricity grid is also expected to falter in coming weeks, or even days.

Meanwhile, the African Union on Tuesday imposed travel bans and asset freeze sanctions on Mali’s coup leaders after it failed to heed the pan-African body’s call to restore constitutional order.

Al Jazeera’s Hashem Ahelbarra, reporting from Mali’s capital Bamako, said the impact of the sanctions was being felt on the streets.

“We are starting to see angry protesters who are telling ECOWAS that they should not have to pay [a] price for the political situation in the country,” Ahelbarra said.

He continued: “But, we are also seeing petrol stations that are running dry, and people are saying something has to be done to help the Malians, instead of punishing them.”

April is one of the hottest months of the year in Mali and the country’s hydropower system is unable to carry the load because of low water levels. Fuel is used in the hot months to run diesel generators.

Bathily Seye, the owner of a local chain of petrol stations called Afrique Oil, said on Tuesday that his pumps would run dry within days if no new fuel shipments were allowed into the country.

“We don’t have our own gas. It’s all imported,” he said. “There is absolutely nothing here. We don’t have any refining capacity… I don’t have the stock. In two days, my pumps will run out of gas.”

The soldiers who grabbed power said they did so because of the former president’s mishandling of an uprising in the north by Tuareg rebels.

Since the coup, however, the rebels have effectively seized control of the entire northern half of the nation, taking the three major towns of Kidal, Gao and Timbuktu over the weekend.

The United Nations Refugee Agency (UNHCR) on Tuesday said that up to 200,000 people had been displaced by the conflict in northern Mali since January, with up to 400 people a day crossing into neighbouring Burkina Faso and Mauritania.

“The north of the country is becoming more and more dangerous due to the proliferation of armed groups in the region,” UNHCR’s chief spokesperson Melissa Fleming said.

“We are stepping up our assistance to Malian refugees across the Sahel region who face acute water and food shortages. We’d like to reiterate that UNHCR is committed to helping neighbouring countries and host communities which have been providing safety and shelter to the refugees despite these shortages and the difficult conditions.” 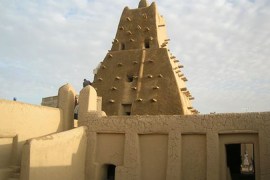