Sudan’s President Omar al-Bashir has said his troops have defeated South Sudanese forces who occupied his country’s main oilfield, but added that the battle was not over.

“They started the fighting and we will announce when it will end, and our advance will never stop,” Bashir told a rally attended by thousands in Khartoum on Friday.

He dismissed a statement by his southern counterpart Salva Kiir that the troops which had invaded Heglig – which accounts for about 50 per cent of Sudan’s oil – had withdrawn.

“There is no withdrawal. We beat them by force … Until now, their people are running,” Bashir, wearing an olive army uniform, said at military headquarters.

“We don’t want fees from the oil of South Sudan and we will not open the pipeline. There is no oil from South Sudan that will pass through our pure land, so that not one dollar goes to these criminals,” Bashir told the crowd at the rally.

“The government is broadcasting footage that main oil installation is under control of its forces,” she said.

“They are showing pictures of dead bodies of South Sudanese soldiers, and burned vehicles.

“That is hard to independently confirm because of limited access to journalists.”

“Late last night we heard the thump of what sounded like aerial bombardment. We were up there [at the Unity oilfields] today and found the bomb craters of at least four or five bombs there,” he said.

“They didn’t do a great deal of damage, but we do understand there was one soldier that was killed in the attack. It really underscores the ongoing levels of tensions.”

Barack Obama, the US president whose country appointed an envoy to deal with the two nations, urged the leaders of Sudan and South Sudan to settle their conflict through dialogue.

“We know what needs to happen – the government of Sudan must stop its military actions, including aerial bombardments,” Obama said in a videotaped message to the people of the two countries.

“The presidents of Sudan and South Sudan must have the courage to return to the table and negotiate and resolve these issues peacefully.”

While religious leaders in the north were calling for a holy war during Friday prayers to reclaim the territory, Barnaba Marial Benjamin, South Sudan’s information minister, gave the first word that the crisis, which had sparked a flurry of diplomatic activity to avert a full-scale was, was easing.

“An orderly withdrawal will commence immediately and shall be completed within three days,” he said, reading a presidential statement.

Benjamin said the ownership of the region would be decided by the court of arbitration.

Jonathan Temin, the director of the Sudan Programme for the US Institute of Peace, told Al Jazeera that “this is the highest level of violence that we have seen between Sudan and South Sudan in recent years”.

The confusion about the fate of Heglig comes as the Arab League said it would hold an emergency meeting over renewed violence between Sudan and South Sudan.

Ahmed bin Helli, deputy secretary-general, said on Thursday that the meeting, requested by Sudan, would bring together the regional bloc’s foreign ministers and would be held next week in Cairo, the Egyptian capital.

South Sudan, which gained independence last July after voting in a referendum to secede from Sudan, claims it occupied Heglig after it was attacked by the Sudanese army.

It had ignored calls by the international community to pull its troops out, saying it was defending its territorial integrity.

Ban Ki-moon, the UN secretary-general, called the south’s seizure of Heglig an “illegal act” and urged the two nations to negotiate to avoid all-out war.

A ruling by the Permanent Court of Arbitration in The Hague in 2009 appears to put Heglig in the Sudan state of Southern Kordofan, which the South now disputes.

The lastest developments come as a US envoy said on Thursday that Sudan had agreed “in principle” to allow assistance into Southern Kordofan, where aid workers say that hundreds of thousands could go hungry.

Princeton Lyman, US special envoy on the two Sudans, said he called on authorities in Khartoum to show that they were serious about putting an aid proposal into action, amid fears it will soon be too late due to rain.

“I pressed again for the government to prove this and prove it rapidly because the rainy season is nearly upon us. They have said yes in principle but they’ve got questions about its implementation,” Lyman said.

Speaking by telephone from Khartoum, Lyman said that the situation “is getting worse and people are in real basic need for both food, medicines”. 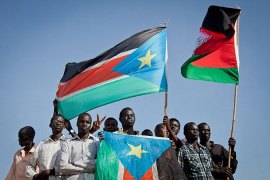 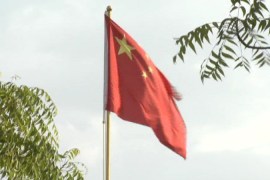