Sudan had been the largest country in Africa before it lost roughly one-quarter of its area when South Sudan seceded from it on July 9. 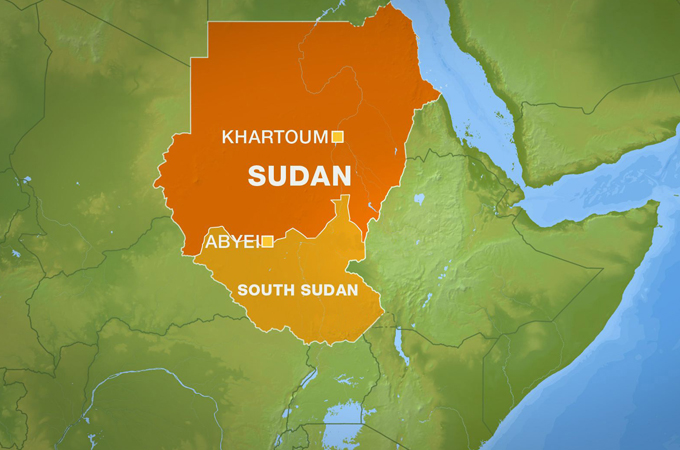 Sudan won independence from the British in 1956, and the country has been pulled apart by conflict almost ever since.

A 17-year civil war ended in 1972 with the signing of the Addis Ababa Agreement, which collapsed within a decade, prompting the second civil war.

Violence has ebbed since the signing of the Comprehensive Peace Agreement in 2005, but several “disputed regions” along the north-south border remain sources of tension.

Sudan has been facing a number of other challenges since the south seceded. The ruling National Congress Party has a firm grip on power but is plagued by internal dissension. Omar al-Bashir, the Sudanese president, is wanted by the International Criminal Court on charges of genocide. And the economy, which grew at a rapid clip from 2006 to 2008, has slowed down. Poverty is widespread, with at least 40 per cent of the country living below the official poverty line.

Bashir seized power in a bloodless coup in 1989, and has not relinquished his grip since.

He was re-elected in elections in 1996, 2000 and 2010; international observers said all three ballots were marred by fraud and intimidation. His National Congress Party holds a strong majority in parliament as well.

Opposition parties, including the Democratic Unionist Party (DUP) and the National Islamic Front, have very limited roles in Sudanese politics. The DUP boycotted parliamentary elections in 2000, fearing they would be rigged, and won just two per cent of the vote in the 2010 ballot.

The ICC issued a warrant for Bashir in 2009 on charges of war crimes and crimes against a humanity; a separate warrant the following year added three counts of genocide. Bashir is the first sitting head of state indicted by the ICC and the first to be charged with genocide.

The Sudanese government has been shaped heavily over the last six years by the Comprehensive Peace Agreement, the 2005 deal ended the decades-long civil war. It required southern representation in the government in Khartoum, and established state-level power-sharing formulas between the NCP and the Sudan People’s Liberation Movement, the main party in South Sudan.

Southern legislators left parliament after July 9, giving the NCP an overwhelming majority in the post-secession state.

Sudan posted double-digit growth rates from 2006 to 2008, largely thanks to oil production. GDP growth has slowed since the onset of the global financial crisis, but the economy still continues to grow between four and five per cent annually.

But those macroeconomic gains have not translated into widespread prosperity, particularly outside of Khartoum. The country’s per capita GDP is just $2,300, one of the lowest in the world. Neighbouring Egypt, which lacks Sudan’s oil reserves, has a per capita GDP of more than $6,200.

The government in Khartoum, like the one in Juba, is heavily reliant on oil to finance its operations. Some 50 per cent of government revenues come from the petroleum sector.

Outside of the oil sector, agriculture accounts for most of Sudan’s economic activity. Cotton and gum arabic are the two main exports, while sorghum and wheat are staple crops produced for domestic consumption. Most agricultural production is concentrated in the fertile areas along the Nile River.

The north’s infrastructure is in much better shape than the south’s. The main seaport, in Port Sudan, handles agricultural exports; it also houses an oil refinery and facilities for shipping oil to international markets.

Sudan and South Sudan have had diplomatic ties since the latter became independent. Khartoum opened an embassy in Juba, and the southern government opened a new embassy in Khartoum.

Sudan’s biggest trading partner – and most important international ally – is China. Nearly two-thirds of Sudan’s oil is exported to China, and Beijing in turn invests heavily in Sudan, though much of its investment is aimed at exploiting Sudan’s oil resources.

Bashir, whose travels are limited because of the ICC warrants, has visited China without getting in trouble. Beijing ignored the ICC’s calls to arrest him. He has also visited Egypt, Nigeria, Kenya and Djibouti since the warrants were issued but he cancelled a 2009 visit to Turkey over fears he would be arrested.

Egypt is a key regional ally; it largely stayed out of the north-south dispute, advocating a “united Sudan” policy. A US diplomatic cable released last year by WikiLeaks revealed that Egyptian officials feared an independent South Sudan would reduce the water resources available to Egypt, the last country along the Nile’s path to the Mediterranean Sea.

Relations with other neighbours have been more fraught: Khartoum has fought a low-intensity conflict with Chad since 2005, when the Chadian government accused Sudan of trying to overthrow it by supporting militias. Sudan, in turn, has accused Chad of equipping rebels in the Darfur region.

The United States imposed economic sanctions against Sudan in the 1990s over its alleged support for international terrorism. Barack Obama, the US president, had suggested those sanctions could be lifted following January’s successful referendum for southern independence.