The Maldives president, who came to power after a contentious power transfer earlier this year, has set the date for a presidential election, but the opposition says the plan falls short of its demands.

President Mohammed Waheed Hassan said in a statement on Wednesday that the election, originally scheduled for late 2013, would be held in July 2013.

That date is the earliest permitted by the constitution, though India, the US and the Commonwealth group of nations had suggested the country hold elections later this year.

Hassan’s office said last week’s by-elections, which were conducted without allegations of malpractice, “confirmed the democratic credentials” of the Maldivian Elections Commission.

Hassan’s coalition partners won both of the by-elections.

Hassan took over in February when his predecessor, Mohamed Nasheed, resigned after weeks of public protests and eroding support from the police and military.

Nasheed claimed he was forced to resign at gunpoint and challenged Hassan to order early elections.

Nasheed’s opposition Maldivian Democratic Party insists that Hassan must resign and call an election immediately, claiming his ascendancy to power was illegal.

“This is exactly what we did not want,” Hamid Abdul Ghafoor, Nasheed’s spokesman, said of Wednesday’s announcement.

“Why doesn’t he [Hassan] step down and let the people decide?”

There had been widespread political protests across the Muslim nation of 330,000. The political turmoil has also affected the country’s upmarket tourism industry.

Nasheed, a former pro-democracy political prisoner, became the first democratically elected president of the Maldives in 2008 after 30 years of autocratic rule. 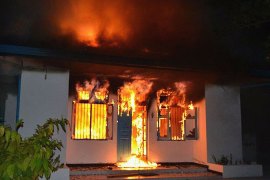 In Pictures: Power struggle in Maldives

Indian Ocean island nation gripped by protests and clashes after president is forced out of office in alleged coup. 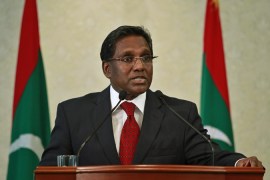 New leader says he would submit to inquiry into allegations that former president was forced to resign at gunpoint. 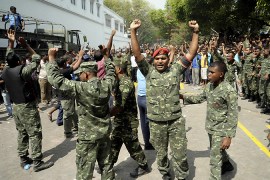 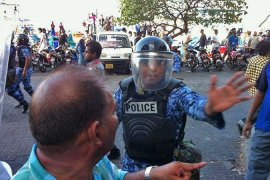 Former president Mohamed Nasheed says “tomorrow I will be in jail”, as international concern grows and unrest spreads.