Hurricane Irene has been retired from the names on the rotating hurricanes list following last August’s Category 3 storm (on the Saffir-Simpson Scale) that battered the east coast of the United States.

The World Meteorological Organization (WMO) made the announcement at their annual meeting in Florida on Tuesday because of the death and damage that the storm caused. In future, Irene will be replaced by the name Irma.

The WMO said in a statement that “names are withdrawn if a storm is so deadly or costly that the future use of its name would be insensitive”.

Irene developed off the west coast of Africa on 15 August and became a tropical storm on 20 August in the Caribbean. It reached full strength with winds of 193 kph before making landfall four times in the Bahamas.

It then moved onto the Outer Banks of North Carolina as a category 1 storm before proceeding to bounce its way up the East Coast. It hit New York City as a strong tropical storm with subsequent impacts on New England and even eastern Canada.

The tennis at the US Open was under threat for a time, but thankfully the impact was not as bad as first feared. Outside the city, fallen trees and downed power lines caused problems throughout suburban New York and Connecticut with the rail services also very badly affected.

Irene was responsible for 49 deaths, most of them in the US. The storm caused $8.7 billion in damage across the Caribbean, Canada and 12 East Coast states in the US. This ranked it as the seventh costliest hurricane in history.

Irene is the 76th hurricane name to be retired.

The first name to be retired was Hurricane Carol (1954), a fast-moving storm which was the most damaging hurricane to hit the US at the time. 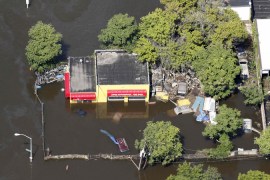 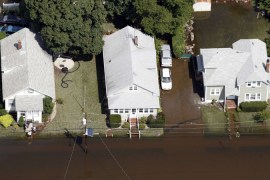 Many US homes still without power after Irene 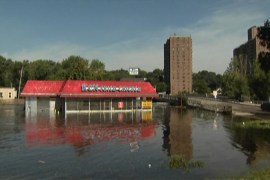 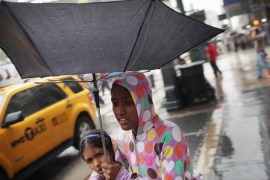 More flooding for the flooded