Disqualification of the Muslim Brotherhood’s Khairat al-Shater was also upheld on Tuesday.

A final list of candidates is expected to be released on April 26, just under a month before the May 23-24 vote.

Al Jazeera’s Mike Hanna, reporting from the capital, Cairo, said: “On examining the appeals of each of these candidates, the commission has announced that there is no reason to alter the initial decision.”

“The situation now is: out of 23 people who had had their application papers accepted to take part in the presidential race, there are only 13 who are standing,” he said.

“The presidential election commission is the final arbiter in this particular case. The candidates can’t go to court, it’s over,” our correspondent said.

“As far as the Muslim Brotherhood is concerned it actually did preplan. It put in another candidate in the last moment when it thought that al-Shater would be banned from taking part.

“Mohammed Morsi will contest in al-Shater’s place and he would now be one of the front runners in the race,” Hanna said.

On Monday, the US voiced support for “free and fair” elections in Egypt but declined to wade into a debate over the disqualification of leading presidential candidates.

“Our only concern is that this is a free and fair and transparent process, that it move forward in a way that meets the aspirations of the Egyptian people,” Mark Toner, the spokesman for the US state department, told reporters.

The election commission had said it barred the candidates on legal grounds.

Abu Ismail, a lawyer-turned-preacher with a devoted following, was reportedly barred from running because his late mother allegedly held dual American-Egyptian citizenship.

Abu Ismail has questioned why the election commission had not made public the documents that allegedly prove his mother held US citizenship.

Shater’s candidacy had been challenged because of his previous criminal record.

Shater, who was deputy chairman of the Muslim Brotherhood – banned under Mubarak – had been in jail on charges of terrorism and money laundering. He was granted an amnesty this year.

His lawyers say that this means he is allowed to run.

Suleiman, Mubarak’s head of intelligence for two decades, was briefly appointed vice-president, but quit the post in February 2011 when the president resigned following weeks of mass protests against his 30-year rule.

Suleiman sent his assistant to file an appeal on Sunday. Suleiman’s campaign says he was disqualified because of a problem with collecting voter endorsements.

This comes as Field Marshal Hussein Tantawi, Egypt’s military leader, met with the heads of 17 political parties and groups on Sunday to discuss the dilemma surrounding the constituent assembly and the writing of the new constitution ahead of the first presidential poll.

Tantawi stressed that the new constitution had to be written by June 30, in time for the new presidency.

A panel created by parliament is supposed to draw up the document.

Last month, the Brotherhood and other Islamists, who hold 70 per cent of parliament’s seats, formed a 100-member panel. However, a court suspended that panel due to fears that they it was trying to control the process.

The parliament must still vote on the final makeup. 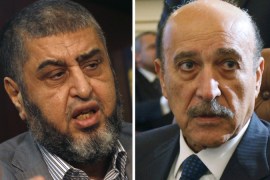 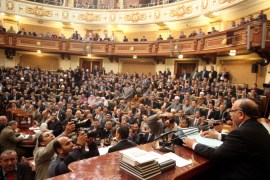 Legislators ban senior members of Mubarak’s government from being president, but military approval is still pending. 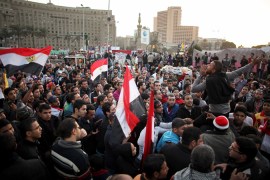 The country’s new leaders seem to be planning the same old economic policies which led to increased poverty.