South Sudan has denied that the disputed, oil-rich area of Heglig has been reclaimed by Sudanese forces, saying that the South’s army was still in control of the town.

Sudan had earlier said that it had taken back control of the oil town, which provides half of its oil needs.

“As we speak now, the SPLA is still in full control of Heglig,” Colonel Philip Aguer, South Sudan’s military spokesman, said on Saturday, referring to the South’s army.

Aguer said southern forces did not plan to give up the town, which lies along the ill-defined border between the two Sudans.

Dismissing Sudan’s claims as “wishful thinking”, Aguer said “they are trying to convince their public they are making progress”.

He said Sudanese forces were still at least 30km from Heglig town.

“We are now in Heglig region a few kilometers from Heglig town and oilfield,” Al-Sawarmi Khalid, Sudan’s military spokesman, said, adding that fighting was continuing.

Khalid said the Sudanese army’s immediate aim was not to enter Heglig town but to destroy the South’s “war machine”.

Limited access to the remote border region makes it difficult to independently verify claims from both sides.

South Sudan has accused the North of carrying out airstrikes south of the border, including a strike in Bentiu in Unity state in which five civilians have reportedly been killed.

“They tried to attack our positions around 65km north of Heglig last night but it was contained,” he said.

Barnaba Marial Benjamin, the South Sudan information minister, said they had called on the UN Security Council and the African Union [AU] to step in.

They needed “to ensure Sudan ends immediately the atrocities and the senseless killings of innocent civilians”, Benjamin said.

South Sudanese troops wrested control of the disputed Heglig oilfield from Sudan on Tuesday, prompting widespread international condemnation, including by the AU.

The UN Security Council has demanded the withdrawal of South Sudan’s military forces from Heglig. It has also urged Sudanese President Omar al-Bashir and his southern counterpart, Salva Kiir, to hold talks to resolve their conflicts.

The South says it will withdraw from Heglig only if the UN deploys forces to monitor a ceasefire.

The fighting has brought the former civil war foes closer to a resumption of full-blown conflict than at any time since the south seceded in July under a 2005 peace accord.

Most of the oil resources ended up with the South, an outcome that struck a blow to Sudan’s oil-reliant economy, which saw the cost of imports going up and a rise in inflation.

Production has stopped at Heglig oil field, which is vital to Sudan’s economy as it produced about half of the country’s 115,000 barrel-a-day crude oil output.

Landlocked South Sudan shut down its own output – about 350,000 barrels a day – in January after failing to agree how much it should pay to export crude via pipelines and other infrastructure in Sudan.

The crisis has all but killed hopes that the two countries will be able to reach a swift agreement on partition-related issues through AU-brokered talks.

Sudan pulled out of the negotiations after the South seized Heglig, a bone of contention for both, as the two sides have failed to resolve issues including the position of the 1,800km border, division of the national debt and status of citizens in each other’s territory. 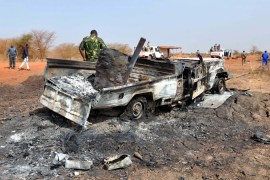 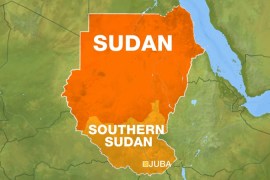