Guinea-Bissau’s main political party has rejected the ruling military’s call for all political parties to form a “national unity” transitional government to organise fresh elections, days after being overthrown in a coup.

The leadership of the African Party for the Independence of Guinea and Cape Verde (PAIGC), which holds two-thirds of the seats in the West African country’s parliament, said that it “rejects any anti-constitutional or anti-democratic proposal of a solution to the crisis”, in a statement released on Saturday.

The PAIGC demanded that Raimundo Pereira, the interim president, and Carlos Gomes Junior, the former prime minister and frontrunner in the country’s presidential poll, be released from detention. Both are members of the party, and were arrested after the military seized power in a coup on Thursday evening.

Small protests in favour of Gomes erupted in downtown Bissau, the country’s capital, on Saturday, even as soldiers met with political leaders from other parties to try and organise the formation of the transition government.

Soldiers subdued the protests by erecting roadblocks and arresting several demonstrators, according to Peter Thompson, head of a British election observer mission in the city.

Businesses began to slowly reopen on Saturday, but shut in the evening in order to observe a dusk-to-dawn curfew imposed by the military.

Leaders of Guinea-Bissau’s military coup set conditions for the formation of a “unity government” on Friday, a day after they seized control of the country’s capital amid international condemnation.

The coup’s leaders announced that they had “deposed” the interim president, prime minister and army chief-of-staff, according to a statement.

The overnight curfew was imposed by the self-titled “military command”, with members of the toppled government ordered to surrender themselves to the army.

Alain Yero Mballo, the correspondent for Radio France Internationale in Bissau, told Al Jazeera that the coup leaders had not clarified election plans.

“They didn’t say anything about the election… They just tried to organise themselves,” he said. “But I think the elections will be postponed, maybe for two years.”

The coup leaders said that they “did not have ambitions of power”, and had toppled the government because of an alleged “secret deal” with neighbouring Angola involving 200 military trainers.

They alleged that the prime minister had signed a deal that would “annihilate Guinea-Bissau’s armed forces”.

On Saturday, the military said that it had reached an agreement with Angola that would see those military trainers leave the country.

Ban Ki-moon, the UN secretary-general, has led global condemnation of the coup, and on Saturday the Community of Portuguese-speaking Countries (CPLP), of which Guinea-Bissau is a member, added its voice to those opposed to the military’s actions.

It called for a UN-mandated intervention force to be formed in conjunction with the African Union and European Union.

The United Nations Security Council has also condemned the military action, urging “the immediate restoration of civilian authority”, Susan Rice, the United States’ ambassador to the UN said on Friday.

Jean Ping, the African Union’s commission chief, condemned “outrageous acts which undermine the efforts to stabilise the situation in Guinea-Bissau and tarnish the image of the country and Africa”.

Former colonial power Portugal criticised those responsible for the coup and rejected suggestions that there was anything untoward in the Angolan military presence. 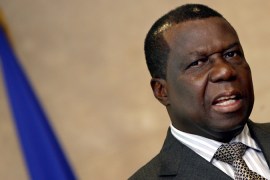 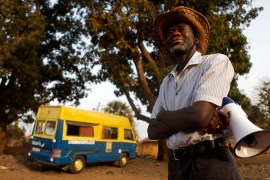 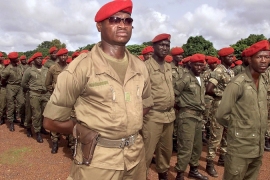