The latest round of talks between Iran and world powers over Tehran’s nuclear programme have been described as “completely different” from previous meetings, with no pre-conditions set by the Iranian delegation.

A diplomat, who spoke on Saturday about the first meeting between Tehran, Germany and the five permanent members of the UN Security Council in more than 24 months, said Saeed Jalili, the Iran delegation leader, steered clear of the preconditions he had set at the last meeting in early 2011.

“He [Jalili] seems to have come with an objective to get into a process which is a serious process, which is about what we want to talk about,” said the envoy, who spoke on condition of anonymity. “I would say it has been a useful morning’s work.”

He added: “Not only are the atmospherics and the atmosphere completely different from what they were previously but more importantly he [Jalili] is not coming with the same preconditions and what we would consider obstacles that we saw previously.”

Another diplomat, who also requested anonymity, described the atmosphere as “positive”.

“I would say there was a very constructive atmosphere compared to last time … generally a positive vibe,” he said. “The principle seems to be there for future negotiations.”

The talks in Istanbul brought together the United States, Russia, China, Britain, France and Germany. Along with Germany, the five UN Security Council members are collectively known as the P5+1.

The diplomat said the meeting could pave the way for a second round of talks, but cautioned against early optimism, saying: “We could go backwards this afternoon.”

“I spoke to a source inside the building [where the talks are being held] and he said, ‘They have not resumed since lunch,'” he said.

“And that’s a gap of four hours. It’s very difficult – with us being kept out of the talks – to characterise that as good or bad. But I think it is difficult to put a positive spin on a four-hour gap in talks which were supposed to last for only one day.”

Earlier, a spokesman for Catherine Ashton, the European Union foreign policy chief representing the P5+1, said that talks had begun in a “positive atmosphere” with a “desire for substantive progress”, while sources in the Iranian delegation, led by Saeed Jalili, said its negotiators would be “worthy of the Iranian people”.

The last round of talks in January 2011 collapsed without agreement on any issues.

Ahmet Davutoglu, the Turkish foreign minister who is hosting the meeting, said after meeting Jalili on Friday that he anticipated good news by the end of the meeting.

Ashton said on Saturday that “much depends on what Iran is putting on the table today”.

Both sides have said they are ready to work towards resolving the deepening dispute over a nuclear programme that Iran insists is for purely peaceful purposes and the US and its allies say is aimed at developing nuclear weapon capabilities. 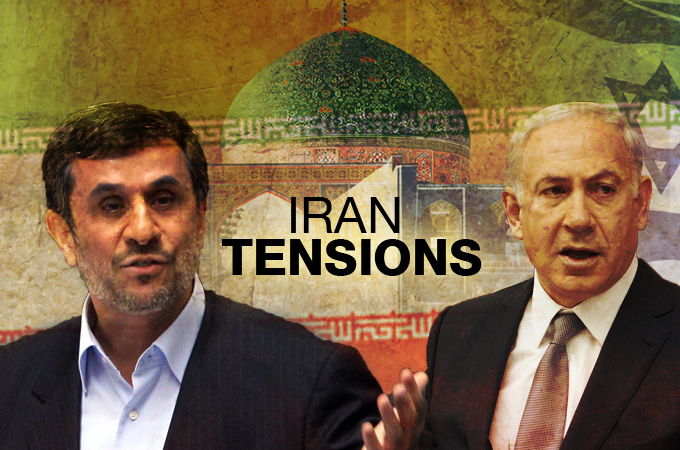 “For their own reasons, each side wants to give diplomacy a chance at this point, to start a process rather than to force a quick fix,” said analyst Michael Adler at the Woodrow Wilson International Center for Scholars.

One Western diplomat said Saturday’s discussions were unlikely to go into detailed issues, saying the immediate objective was finding enough common ground and signs of willingness to co-operate.

“My tip is to set your sights low,” the diplomat said. “It is not part of our game plan for tomorrow to lay out a long list of specific demands and conditions. They know what we think about all these things.”

Iran said prior to the meeting that it would propose “new initiatives” in Istanbul, but it was unclear whether that meant it was prepared to discuss curbs to its controversial uranium enrichment programme.

Mohammad Marandi, a professor at Tehran University, told Al Jazeera that many in Iran wanted to see if Western nations were sincere about accepting the country’s right to develop peaceful nuclear power, and that Iranian negotiators were ready to be flexible.

“If [the West] is truly sincere, the Iranians are planning to take the steps to deal with any concerns that they may have,” said Marandi.

In a sign of what is at stake in the attempt to restart diplomacy, the fate of a new package of sanctions on Iran proposed by US legislators may hinge on whether progress is made at the Istanbul talks.

Western officials have made clear their immediate priority is to convince Tehran to cease the higher-grade uranium enrichment it began in 2010. It has since expanded that work, which some analysts say could be a move towards developing nuclear weapons.

Iran has signaled some flexibility over halting its enrichment to a fissile purity of 20 per cent, compared with the five percent level required for nuclear power plants, but also suggests it is not ready to do so yet.

Iranian leaders would probably expect to be rewarded with an easing of sanctions if they agreed to scale back their sensitive nuclear work, but Western officials say this is not an issue which is up for negotiation in Istanbul.

“Stopping 20 per cent enrichment would be seen as a gesture to start negotiations, not to lift sanctions,” one diplomat at the talks said.

Marandi told Al Jazeera that Iranian negotiators would speak “from a position of strength”, but said Western nations opposed to Tehran were using its nuclear programme to exert pressure on the country.

“They are now enriching uranium at 20 per cent, of course, for peaceful purposes. They want to produce fuel for the Tehran nuclear reactor,” he said.