The search is continuing for 138 people buried for four days under a huge avalanche at a Pakistani army camp despite poor weather conditions, officials said.

A huge wall of snow crashed into the remote Siachen Glacier base high in the mountains in disputed Kashmir early on Saturday morning, smothering an area of one square kilometre.

As more than 450 rescuers continued their digging Wednesday in sub-zero temperatures, experts said there was little chance of finding any survivors at the site, which is at an altitude of around 4,000 metres (13,000 feet).

The search mission has also deployed sniffer dogs and heavy machinery, the army said. The US also sent a team of eight experts to Islamabad on Sunday to provide technical assistance, the Pakistan army said.

The Pakistani army, in a statement on Wednesday, said they had focused their search on five points.

“A 450-metre long access track has been developed on the avalanche to access the priority points. Work on another access track has also been started to widen search perimeter,” the statement said.

General Ashfaq Kayani, the Pakistan army chief, was personally at the site on Sunday, supervising the search-and-rescue operations.

A team of doctors and paramedics has also been rushed to the region, which suffers extreme weather conditions, with temperatures on the Siachen Glacier plummeting to as low as minus 70 degrees Celsius (minus 94F) during the winter.

Shaukat Qadir, a former brigadier in the Pakistani army who has been to Siachen on numerous occasions, told Al Jazeera it was the biggest casualty of soldiers on the glacier known for its treacherous conditions.

At Siachen, which rises to 6,000m above sea level, more soldiers have died near the Karakoram base from weather-related incidents than gunfire since 1984.

“The fact of the matter is that 70 per cent of the people have died because of natural causes,” Qadir said, “and I think this is the time we ended this damn conflict, which has absolutely no explanation.” 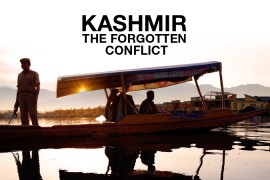