Kofi Annan, the Arab-UN envoy entrusted with finding a peaceful resolution to the crisis in Syria, has cautioned against military intervention in the country, saying it risks making the conflict worse.

Speaking at the Arab League in Cairo on Thursday, the former UN secretary-general said the solution to the worsening conflict “lies in political settlement” and must be “Syrian-led and Syrian-owned”.

He said military intervention had made matters worse in other regional conflicts, though he did not mention any by name.

“I hope no one is thinking seriously of using force in this situation,” Annan said. “As I move to Syria, we will do whatever we can to urge and press for a cessation of hostilities and end to the killing and violence.”

Annan was set to arrive in Damascus and begin negotiations with Bashar al-Assad’s government on Sunday.

“Some have a hawkish stand, Saudi Arabia or perhaps even Qatar, when it comes to arming the Syrian opposition,” she said. “If you arm the opposition … you exacerbate the possibility of an all-out civil war and the biggest risk, of turning Syria into a proxy battlefield for wars in the region.”

Civilians took up arms and joined with defected soldiers to form opposition units that are now engaged in guerrilla warfare with the government.

Valerie Amos, the UN humanitarian chief, said she was “struck” by the devastation she saw during a visit to the shattered city of Homs on Wednesday.

Amos was allowed access to the former opposition stronghold of Baba Amr after the Free Syrian Army, a rebel group, withdrew in the face of a nearly month-long artillery barrage and a major government ground assault.

Amos said in Damascus on Thursday that Baba Amr is “completely destroyed” and that most of its residents were gone. She was the first independent observer allowed into the neighbourhood since government forces entered on March 1.

The army prevented aid convoys associated with the International Committee of the Red Cross from entering for more than three days.

“The devastation there is significant, that part of Homs is completely destroyed and I am concerned to know what has happened to the people who live in that part of the city,” Amos said.

John Ging, an official in the UN Office for the Co-ordination of Humanitarian Assistance, said the UN was preparing a plan to deliver food to 1.5 million people as part of a three-month plan worth $105 million. 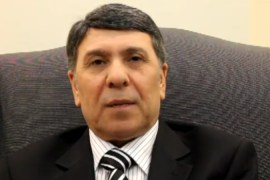 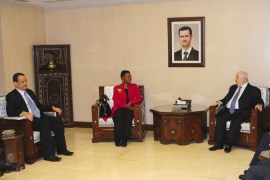 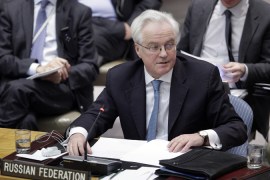