China has shut down websites, made hundreds of arrests and punished two popular microblogging sites for “fabricating or disseminating online rumours” seemingly linked to a major political drama that led to the fall of a rising star.

Authorities closed 16 websites for spreading rumours of “military vehicles entering Beijing and something wrong going on in Beijing,” state internet authorities and Beijing police said, according to the official Xinhua news agency.

The crackdown underscores the government’s anxieties over a public that is wired to the internet and eager to discuss political events despite strict censorship and threats of punishment.

“The root cause [of the censorship measures] is the lack of transparency of Chinese politics,” Joseph Cheng, a professor at the City University of Hong Kong, told Al Jazeera.

“People do not believe what they get from the official media, which is strictly censored and controlled.”

Xinhua reported that Beijing police had questioned and admonished an unspecified number of internet users and detained six people who were not identified.

Since mid-February, Beijing police have arrested 1,065 suspects, issued warnings to the operators of more than 3,000 websites and deleted more than 208,000 “harmful” online messages during a crackdown on internet-related crime since mid-February, Xinhua said.

Aside from the 16 websites shutdown, two Twitter-like services run by Sina Corporation and Tencent Holdings, which each have more than 300 million users, said they would disable their comment functions for three days in a “necessary cleanup”.

“From March 31, 8:00 am to April 3, 8:00 am, Weibo’s comment function will be temporarily suspended,” said Sina, whose Weibo service is China’s most popular.

Rumours of a ‘coup’

The latest crackdown follows a surge in online rumours about a coup attempt which swirled following the March dismissal of rising political star Bo Xilai, the populist former leader of the mega-city of Chongqing

“Internet rumours and lies packaged as ‘facts’ will turn conjecture into ‘reality’, stir up trouble online and disturb people’s minds,” the party’s People’s Daily newspaper said in a commentary accompanying the announcement of the crackdown.

Yet to be fully explained, Bo’s dismissal came after a top aide fled temporarily to a US consulate, apparently to seek asylum and in violation of party rules.

“This will, in the short term, stop people from building rumours, but it will add to the sense of anxiety and the sense of political speculation on the part of the public,” Cheng said.

“The chinese authorities certainly are not dealing with the problem head on. These measures tend to reinforce the problem.”

It also came as the Communist Party’s senior leadership gears up for a handover of power to a younger generation of leaders later in the year, which is always a period of intense bargaining.

Politically minded Chinese saw the removal of Bo, considered a contender for a top job only months ago, as a sign of divisive infighting. 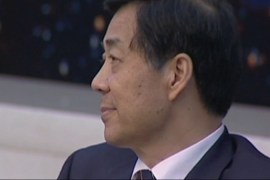 Bo Xilai, the fired Communist Party secretary in Chongqing, accused of reign of terror over municipality. 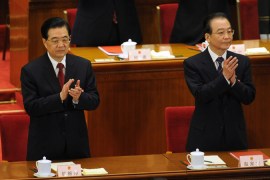 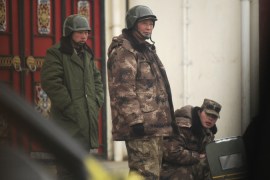 Suicide attempt latest in spate of self-immolations in protest against suppression of Tibetan religion and culture.