Japan’s defence minister has ordered missile units to intercept a rocket expected to be launched by North Korea next month if it flies over Japan.

The order from Naoki Tanaka came at a meeting of Japan’s national security council on Friday as North Korea continued preparations for the planned launch, which it says is to put a satellite into space for scientific purposes.

Pyongyang says the launch will take place between April 12 and 16 to commemorate the centenary of the birth of the communist state’s founder, Kim Il-sung.

Images taken on Wednesday from a privately operated satellite appeared to show activity at the Tongchang-ri launch site on North Korea’s west coast.

Japan, the United States and other countries say North Korea is also seeking to test the capabilities of its long-range missiles, in violation of international agreements.

Japan’s order followed instructions issued earlier in the week for the military to prepare to intercept the rocket if it entered the country’s airspace.

The Unha-3 rocket is expected to fly past western Japan, raising concerns that a failed launch, or a falling stage of the rocket, could endanger Japanese lives or property.

“We don’t believe anything would fall over Japan’s territory. Please carry out your daily lives and business as usual,” he said.

A statement from the defence ministry said that Japan would send destroyers equipped with Aegis missile defence systems to the Pacific and East China Sea and deploy mobile Patriot missile launchers to islands in Okinawa.

An interceptor missile unit is also likely to be deployed in Tokyo, although the capital is well away from the expected flight path.

Seoul has also warned it might shoot down any parts of the North Korean rocket that pass over South Korean territory.
Japan mobilised its interceptor units and issued a similar warning to North Korea before a rocket launch in 2009, but did not follow through. 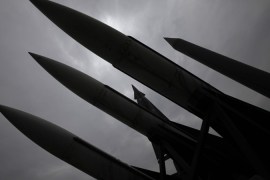 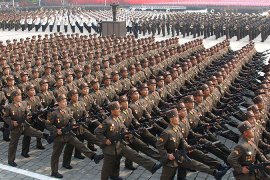 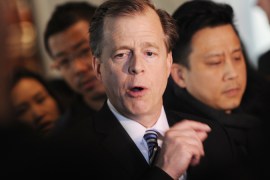 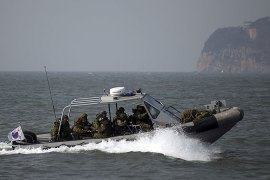