France has barred four Islamic preachers from entering the country after banning prominent preacher Sheikh Youssef al-Qaradawi and another Egyptian cleric who wanted to attend a Muslim conference in Paris.

Foreign Minister Alain Juppe and Interior Minister Claude Gueant said in a joint statement on Thursday the four preachers “call for hate and violence … and, in the current context, present a strong risk of upsetting public order”.

President Nicolas Sarkozy, who ordered a crackdown on extremists after the Toulouse killings by an al Qaeda-inspired gunman last week, said on Monday that Qaradawi and Mahmoud al-Masri were not welcome in France.

The Union of French Islamic Organisations (UOIF), which invited the scholars to an April 6-9 conference, said it was surprised and hurt by the government’s “manifest determination to prolong a polemic … based on total ignorance”.

The UOIF said the bans “risk deepening the feeling French Muslims have of being blacklisted and treated with prejudice”.

The four preachers – a Palestinian, an Egyptian and two Saudis – were due to take part in an annual conference in Paris hosted by the UOIF.

The UOIF said none of them advocated violence.

The ministers regretted the UOIF had invited Swiss-born Tariq Ramadan, who teaches at Britain’s Oxford University, but they did not bar him. They said his views “are contrary to the republican spirit and do no service to French Muslims”.

Ramadan has a following among young French Muslims, whom he encourages to insist on their right to practice their faith despite official bans on religious symbols in state schools and in the public service.

Juppe and Gueant said France respected all religions and upheld the right to free speech.

“But while France is hit by extremists who attack it in the name of ideologies and errant beliefs, it is crucial that these liberties are exercised within the law and with respect for our fundamental values,” they said.

Last week, Mohamed Merah, a 23-year-old Frenchman of Algerian descent known to have visited Afghanistan twice, shot dead seven people in a 10-day rampage in southwest France before police killed him after a 30-hour siege at his flat.

After that, Sarkozy announced plans last week to make it a crime to repeatedly consult Internet sites advocating Islamic extremism and to punish those who travel overseas for indoctrination or militant training.

Sarkozy and his UMP party, campaigning hard to win votes from the far-right National Front, have stressed divisive issues such as halal food and Islamic radicalism in their campaign for the two-round presidential election on April 22 and May 6. 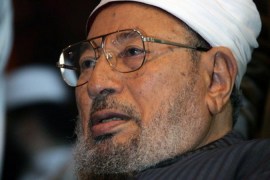 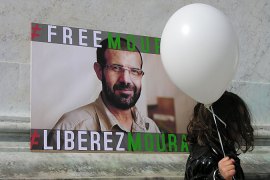 Mourad Dhina, a leading democracy and rights activist has been detained at request of Algeria, in run-up to elections. 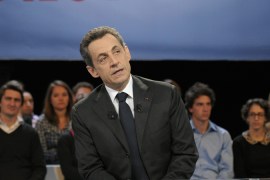 Sarkozy says ‘too many foreigners’ in France

French president defends his re-election campaign promise to cut the number of new arrivals by half.