Foreign ministers from 21 Arab states have gathered in Iraq ahead of the Arab League’s annual summit, which will be held in Baghdad for the first time since the US-led 2003 invasion.

The event kicks off on Wednesday in the shadow of ongoing violence in Syria, whose president, Bashar al-Assad, has accepted the six-point plan by joint United Nations-Arab League envoy Kofi Annan on ending the violence in Syria.

Annan’s plan calls on Assad to withdraw troops and heavy weapons from protest hubs, a daily two-hour humanitarian ceasefire, access to all areas affected by the fighting and a UN-supervised halt to all clashes.

Annan is scheduled to arrive in Baghdad on Thursday.

Iraq is hoping the summit will better integrate its Shia-led government into the Sunni-dominated Arab world, and has deployed thousands of soldiers and police forces across Baghdad to prevent insurgent threats from upending it.

Economic ministers tentatively agreed to co-operate on proposals for tourism and to deal with water shortages and natural disasters. The proposals, put forward at the opening meeting of the summit, still need to be approved by the rulers and heads of government on the final day of the gathering on Thursday.

“We are suffering mainly from the lack of finance and some technical problems,” Nabil Elaraby, Arab League secretary-general, said at the economic ministers’ meeting.

As in Iraq, where the Euphrates and the Tigris rivers are drying up, water resources also are strapped elsewhere across the Middle East.

The United Arab Emirates says its ground water will dry up in 50 years, and Jordan’s supply is rapidly disappearing, where the Dead Sea is drying up.

Much of the problem is due to the failure of regional governments to manage growth and use of major rivers.

In Libya, the fall of Muammar Gaddafi’s regime last year has halted construction on a $25bn project to pump water to the country’s north, said economic delegation official Giuma Rahuma.

“Many farmers are in the north,” Rahuma said. “The [Libyan] revolution stopped the project. Maybe it will start again next year, or in two years.”

Kuwaiti Finance Minister Mustafa al-Shamali said his country draws water from the Arabian Gulf but that it was “very expensive” to make potable.

Iraq itself is dealing with ongoing water shortages, especially in Baghdad, where the Deputy Director of the Baghdad Water Authority told Al Jazeera in January that 80 per cent of the Baghdad’s piping network needs rehabilitation.

A US State Department report released last week in Washington found a small risk of water issues leading to war within the next 10 years. But it concluded that water shortages certainly will create tensions within and between states, and threaten to disrupt national and global food markets.

Beyond 2022, the report concluded, the use of water as a weapon of war or a tool of terrorism will become more likely, particularly in South Asia, the Middle East and North Africa.

The report was based on classified US intelligence that said floods, scarce and poor quality water, combined with poverty, social tension, poor leadership and weak governments will contribute to instability that could lead the failure of numerous states.

Iraq is spending at least $500m to host the summit, and officials believe it’s an investment for the country’s future.

Rafia al-Issawi, the Iraqi finance minister, said he is calling on Kuwait, Saudi Arabia, Qatar, Libya and Egypt to write off billions of dollars in debts incurred during former dictator Saddam Hussein’s regime.

Iraq’s government has spared no expense in securing the capital for its visitors. Soldiers, security teams and undercover police lined streets to protect dignitaries and journalists attending the meeting.

Al-Qaeda has threatened to launch attacks during the summit to prove how weak Iraq’s security remains, and officials said a suicide bomber killed one policemen and wounded four others at a checkpoint on Tuesday afternoon. 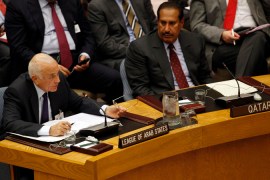 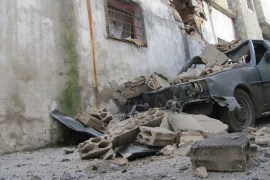 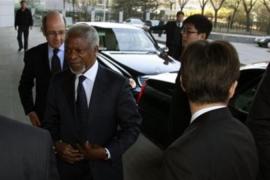 Annan in China to win support for Syria plan

Envoy seeks to enlist Beijing’s backing for his six-point peace plan, as violence continues in Syria. 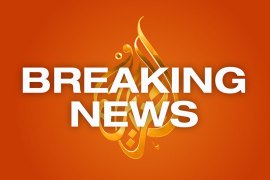