Kofi Annan, the joint UN-Arab League envoy, is in China to seek Beijing’s support for his peace proposal to end violence in strife-torn Syria, after winning Moscow’s full backing.

Annan, who will hold talks with Wen Jiabao, the prime minister, on the plan which calls for a UN-supervised halt to fighting and pushes for a transition to a more representative political system, says the crisis cannot be allowed to “drag on”.

The former UN secretary-general’s visit to Beijing comes amid continued shelling of the city of Homs by Syrian troops.

China’s foreign ministry said on Monday that Beijing supported Annan’s efforts to mediate the crisis, but it was unclear whether this meant full support for  the envoy’s plan or broad backing for his attempts.

“China values and supports the mediation efforts of Annan and hopes this visit will allow in-depth discussions on a political resolution of the  Syrian issue,” Hong Lei, the foreign ministry spokesman, said.

Al Jazeera’s Kristen Saloomey, reporting from the UN in New York, said Annan’s talks with Russians and Chinese leaders were crucial since they wielded influence over Syria.

Annan’s office said Damascus had responded to his peace plan, but gave no further details.

“Mr Annan is studying it and will respond very shortly,” his spokesman Ahmad Fawzi said in a statement from Geneva.

Speaking to journalists earlier in Moscow, Annan insisted a solution must be found to the festering crisis.

“This cannot be allowed to drag on indefinitely and, as I have told the parties on the ground, they cannot resist the transformational winds that are blowing,” he said, before flying off for China.

The diplomatic push came as Tukey and Norway shut its mission in Damascus over worsening security situation in the country.

Once a close ally of Assad, Turkey has denounced President Bashal al-Assad’s efforts to crush the rebellion and has thrown its weight behind his opponents, announcing on Sunday that it would work with Washington to provide “non-lethal” aid to the Syrian opposition.

Violence, meanwhile, continued unabated in Syria with a video showing towering flames leaping up from at least two locations in the central city of Homs.

“Every day the shelling goes on. The regime is wiping out the city,” Waleed Faris, an activist who lives in Homs, said.

Sixteen people died in clashes around the country, the British-based Syrian Observatory for Human Rights said, eight of them in Homs. Two of the dead were children, the group said.

Syria says it is battling foreign-backed terrorist groups and the official news agency Sana reported on Monday that troops had foiled an attempt by a group of armed infiltrators trying to enter across the Turkish border near the village of Darkoush.

In Harasta, a town near the capital Damascus, opposition fighters attacked a military bus and killed three soldiers, activists said, citing its network of activists inside Syria.

Heavy clashes in the province of Hama also continued, activists said. They uploaded footage of grey smoke billowing
out of an old castle amid the crackling sound of gunfire in the town of Qalaat al-Madyaq, believed to be in rebel hands.

In a sign of growing anxiety about the security situation, the Syrian authorities have banned men of military age from leaving the country, Lebanese officials said on Monday.

The restrictions, issued on Saturday, require men between the age of 18 and 42 to get permission from military recruitment and immigration departments before travelling, the sources said, adding that border traffic at the main crossing between Beirut and Damascus had fallen by 60 per cent since the regulation.

The move may impact the flow of thousands of Syrian workers who go to Lebanon for agricultural and construction projects, a major source of income in rural areas already hit by economic hardship as unrest grows. 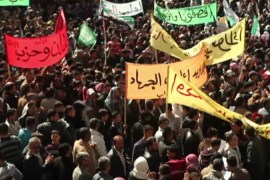 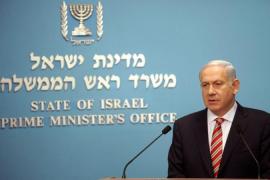 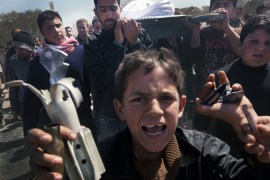 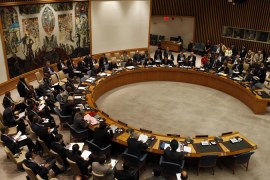