The armed Islamist movement al-Shabab has claimed responsibility for a car bomb in the Somali capital that injured two people.

The blast on Wednesday in a busy administrative district prompted police to open fire. Police said four suspects had been detained and that they were investigating a second suspicious car.

“We were behind the car bomb explosion. We targeted security forces,” Sheikh Abdiasis Abu Musab, a spokesman for al-Shabab’s military operations, told the Reuters news agency.

Police spokesperson Abudullahi Barise said police arrested a man with a remote control seconds after he detonated the car.

There has been a surge in suicide bombings and remotely detonated blasts in Mogadishu since al-Shabab pulled most of its fighters out of the coastal city, vowing to turn increasingly to al-Qaeda-inspired tactics. 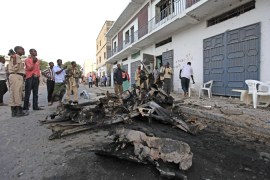 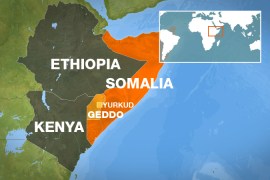 Scores dead as al-Shabab and Ethiopian army engage in a three-hour-long gun battle in Yurkud, close to nations’ border. 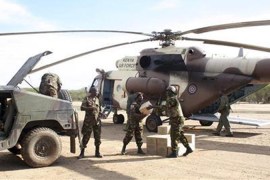 One soldier dead and four others injured as bomb hits army vehicle, shortly after attacks on al-Shabab bases. 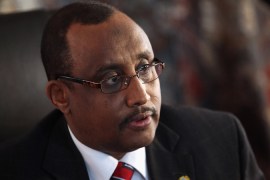