Schools across France have held a minute of silence to remember the four victims at a Jewish school in Toulouse killed by a gunman in what investigators suspect may be the latest in a spate of racially motivated killings.

French President Nicolas Sarkozy led the mourning at a central Paris school before addressing the small group of children in its courtyard on Tuesday.

“These children were three, six and eight years old. The murderer hounded a little girl. It’s a serious matter. So serious that the whole republic is concerned. Your teachers, your families and you,” Sarkozy said.

In Toulouse, families and friends wept as the bodies of the three children and a rabbi began their journey from the Jewish school to their place of burial in Israel. The three children were Franco-Israeli citizens.

Two black hearses carried the bodies out of Ozar Hatorah school and left for a nearby airport where they were to be flown on a military plane to Paris and then by commercial flight to Tel Aviv.

Relatives and friends had gathered at the school in the southwestern city for the departure of the bodies of 30-year-old Jonathan Sandler, his sons Arieh and Gabriel, and seven-year-old Miriam Monsonego.

French police on Monday launched a huge manhunt after the shooting and the region was put on its highest level of security alert.

More than 100 officers were dispatched to the area to search for the gunman, who is also a prime suspect in the killing of three soldiers in two separate shootings last week.

Police say that the same weapon and the same stolen scooter appeared to have been used in all three attacks.

All three attacks were carried out by the rider of a powerful, dark-coloured scooter, using a .45-calibre weapon, who witnesses described as calmly shooting his victims.

The gunman may also have recorded the attack with an extreme sports video camera strapped to his chest, Claude Gueant, the French interior minister, said.

“It’s a video camera worn in a harness on the chest and indeed he was seen, a witness said so, with this device,” Gueant said. “I don’t know if he filmed everything.”

Victims shot in the head

All seven people slain in three attacks were shot in the head at point blank range, the prosecutor leading the investigation said on Tuesday.

Francois Molins, who as Paris’ chief prosecutor oversees counter-terrorism inquiries, said the unidentified gunman knew that he was being hunted and warned that he was therefore “likely to act again”.

Al Jazeera’s Jacky Rowland, reporting from Toulouse, said authorities believed the gunman may have recorded the killings to raise his profile.

“Police have been searching the internet for any video trace of those images that the gunman may have potentially been recording.”

Norwegian Anders Behring Breivik, who last July went on a shooting spree that killed 77 people, mostly children, advised anyone wanting to carry out copycat killings to film their attack using such a camera.

“This extremely small and lightweight field camera is used to document your operation,” Behring Breivik wrote in an online manifesto published shortly before the killings. 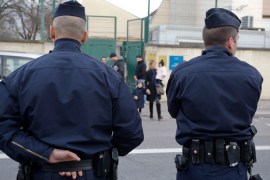 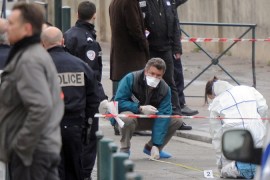 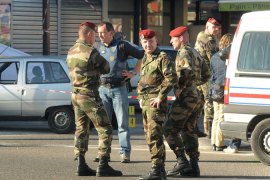