The International Criminal Court [ICC] has issued an arrest warrant for Abdelrahim Mohamed Hussein, the Sudanese defence minister, as part of investigations into crimes commited in Sudan’s western region of Darfur.

The court said in a statement on Thursday that there were sufficient grounds to hold Hussein responsible for 20 counts of crimes against humanity, including persecution and rape, and 21 counts of war crimes, including murder and attacks on civilians.

“Hussein’s arrest appears to be necessary to ensure his appearance at trial and to ensure that he will not obstruct or endanger the investigations,” the statment said.

Hussein, who was interior minister from 2001 to 2005 and also Bashir’s special representative for Darfur from 2003 to 2004, is wanted for allegedly co-ordinating attacks against civilians in villages there.

“The government will not issue any statement reacting to the ICC decision because we believe it means nothing to us,” since the country is not a party to the Rome statute governing the court, said Al-Obeid Meruh, a foreign ministry spokesman. “We don’t care about any decision coming from the ICC.

Meruh added: “The decision was a political move because it comes from the UN Security Council, a body that is based on the international balance of power rather than the balance of justice”.

Hussein, 60, is the sixth person sought by the ICC or brought before the court for crimes committed in Darfur.

Among those sought is Sudanese President Omar al-Bashir.

Luis Moreno-Ocampo, the court’s chief prosecutor, said in December when he asked for the warrant against Hussein that it would cover crimes against humanity and war crimes committed in Darfur from August 2003 to March 2004.

Hussein is one of Bashir’s closest allies and is leading a campaign against rebels in the south.

The ICC, in line with a UN Security Council resolution, has been investigating the crimes since 2005.

The war in Darfur between non-Arab rebels and the Arab-dominated central government erupted in 2003 and has left 300,000 dead and 2.7 million displaced people, according to the UN.

Sudan does not recognise the ICC and has refused to turn over any of those wanted by the court.

Two Darfur rebel leaders, Abdallah Banda and Saleh Jerbo, have also been indicted by the ICC because of their alleged part in a 2007 attack on a peace-keeping mission in Haskanita which left 12 dead.

They are currently free, awaiting their trial for war crimes.

The ICC was created through the adoption of its founding statute at a Rome conference in July 1998, and started operating in The Hague in 2002.

The ICC is the world’s only independent, permanent tribunal with the jurisdiction to try genocide, crimes against humanity and war crimes.

All cases opened by the court so far relate to crimes committed in Africa. 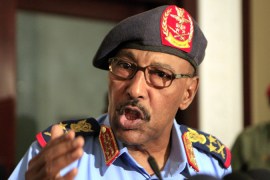 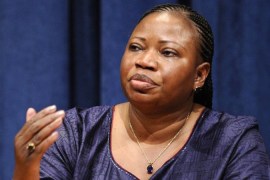 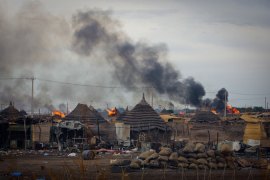